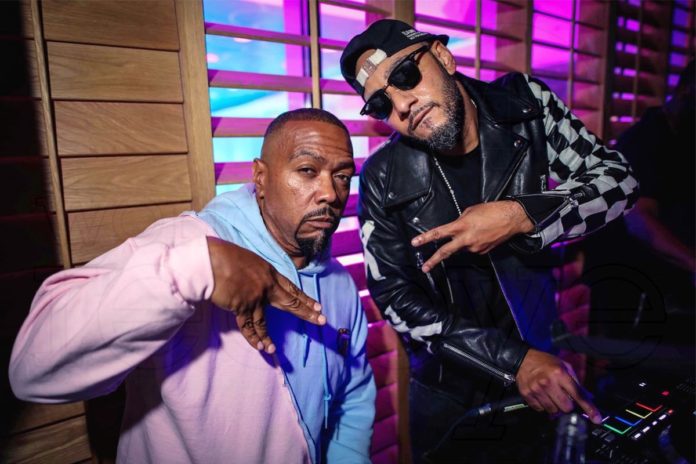 The two iconic music producers are now shareholders in the network and are giving all 43 performers, who performed thus far on the show, equity.

“This is a momentous occasion not only for Verzuz and Triller but the music business as a whole,” the two prolific producers said in a joint statement. “By putting Verzuz in the Triller Network ecosystem and expanding the Verzuz brand to be side by side with the powerful Triller app, we will be able to continue to grow and evolve the music business as a whole, as we have been doing. To have partners in Triller who share our vision, specifically to celebrate and elevate the amazing artists who continue to shape culture around the world and give the consumer more direct access, is game-changing.”

Timbaland and Beatz aired their battle of the DJs on Instagram Live March 2020. This birthed the livestream series, VERZUZ. Since then, the popular music battle live stream has become a widespread success and influential web series.

Before closing the deal with Triller, the live-stream series had a deal with Apple Music. Apple Music would air episodes of the series on its Instagram. According to the show’s representative, VERZUZ will continue to be stream live on Instagram and Triller.

“Verzuz isn’t just a company, a platform or an event, it is a cultural movement and phenomenon,” Triller Network’s co-controlling shareholders Bobby Sarnevesht and Ryan Kavanaugh add. “In our generation, Verzuz has made a bigger impact on music than any other company we know. With this acquisition, Triller continues its evolution to be at the center of culture and the center of music. Who better to help shape Triller’s music future than the top artists in the world overseen by Timbaland and Swizz?”

VERZUZ has battled some of the music industry’s most iconic talents. From Gladys Knight vs. Pattie LaBelle to Snoop Dog vs. DMX, to Brandy vs. Monica.

The Brandy vs. Monica VERZUZ battle is the most viewed live stream, gaining 6 million views while aired. That one show alone raised $250,000 for Michelle Obama‘s When We All Vote.