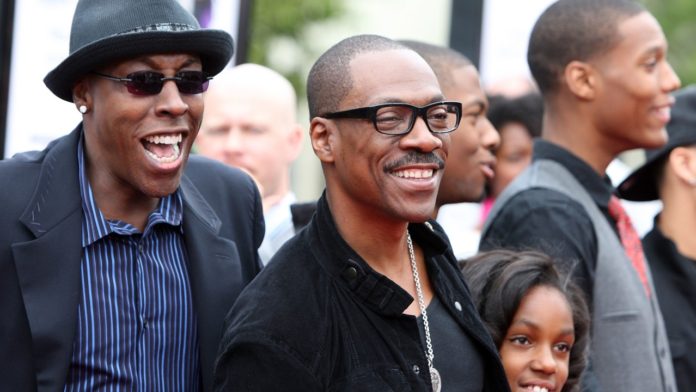 Producer, actor, and filmmaker Tyler Perry has been having a great month! Not only did he get his star on the Hollywood Walk of Fame, but he also opened Tyler Perry Studios; one of the largest studios in the United States. As a businessman who is always working on his craft it is no surprise that Mr. Perry is already in the works of filming a movie on his facility. Filming for the “Coming to America” has already begun in the Atlanta area, and now it looks like the remainder of the film will be shot at Tyler Perry Studios.

One of the original stars is the movie, Arsenio Hall, posted an editing message on Instagram for fans who are anticipating the release of the sequel. He wrote “The NEW … @tylerperrystudios. Just in time!!! What a blessing. #atlanta Coming 2 America 2020.”

The sequel will star Arsenio Hall as Semmi and actor Eddie Murphy as Prince Akeem. The two characters go in an adventure to America to find Prince Akeem’s long lost son and possible heir to the throne.

All though the new production of this movie will have a lot of familiar characters and faces, there will also be an addition of new characters that will add a modern twist to the movie. These include Leslie Jones, Michael Blackson, Teyanna Taylor, Rotimi and Tracy Morgan.

As Tyler Perry houses all these stars under one roof for production, we will see these characters come to life through snippets on social media. “Coming to America” the sequel is anticipated to release August 2020