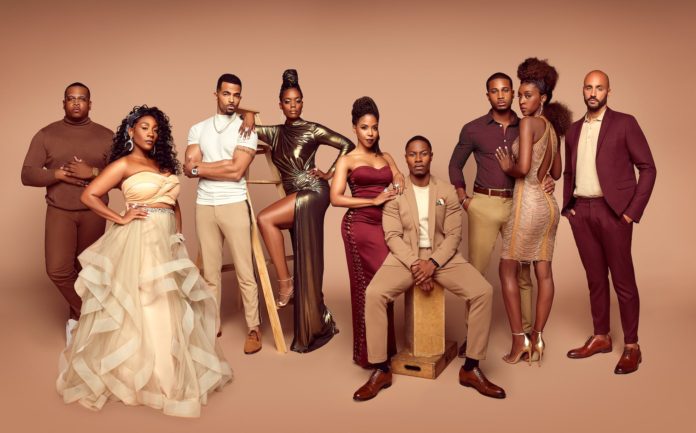 The storyline is enticing and has quickly created an audience who was excited for the premiere of Season 2. Unfortunately, COVID-19 hit the entertainment industry hard as production for filming went to an halt. Perry’s decided to stop filming due to the pandemic to ensure the safety of his cast and crew.

After a couple of months, the cast is back together and continuing filming for the next season. Dynamics on set had significantly changed and Perry was strict about COVID-19 testing. “This is what Mr. Perry told us. If one person on the cast pops up with Covid, all production is gonna stop.” says actor Devale Ellis, who plays Zac.

“Its something we took responsibility for” said Ebony Obsidian who plays Karen Mott. “We knew what we were getting ourselves into when we came. We were excited of course to get back to work and it was a lot of fun but you know we had meetings throughout the experience and we touch base. Tyler Perry made it very clear what we were trying to accomplish and how important it was for us to really be on board with that.” She continued telling JaGurl TV, “It was an incredible experience. We knew the weight of it, we knew what it would mean if we accomplished it. So now that we have done it, now with season 2 dropping tomorrow I think we’re all very excited and very proud to share this with everyone.”

Perry is normally a man who works on a tight schedule while filming, so the cast is used to working at a fast pace to get their whole production filmed. During the time in which the cast was not filming, everyone had mix emotions about the status of filming for Season 2. Ellis told JaGurl TV , “We were at the ultimate high and then the ultimate low. Then, we’re planning for Season 2 and then we found out all production was stopped. We were planning to go back in March and then we were told all production was shut down. We didn’t find out until June that we were definitely going back in July.”

The cast did the responsible thing by testing every two days and simply prayed that no one would get the virus. After all their hard work and living together during filming, they were able to celebrate in the end.

When asked what fans can look forward to this season there was a collection of exited answers from all the ladies. “More, more of everything!” said Obsidian. “All the drama!” Novi Brown, who plays as Sabrina Hollins, quickly followed up. KJ Smith‘s who plays character Andrea Barnes concluded by saying, “More laughter, more everything.”

“They can look forward to choices.” Ellis happily said, “They’ve added so many different dynamics and nuances to every person’s character that now each character has a choice.”