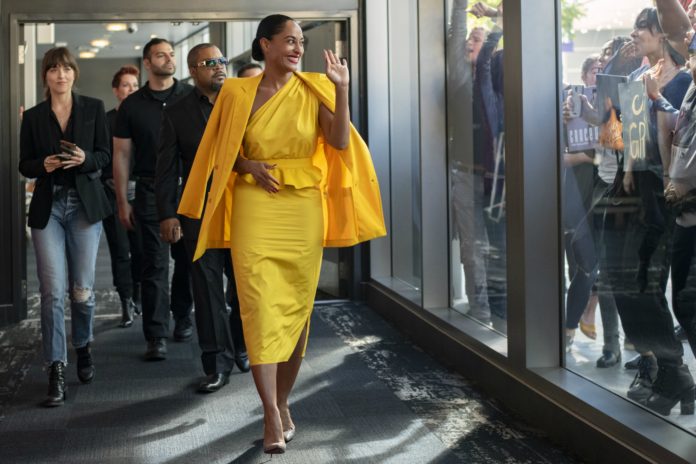 In March, JaGurl TV reported that Tracee Ellis Ross will be staring in a new movie called The High Note. In this film, we are graced with the presence of Ice Cube and Dakota Johnson who play main characters Maggie Sherwood and Jack Robertson. Due to the coronavirus outbreak, movie goers were concerned about how they would watch the collection of upcoming films. Some films stopped production all together, others have pushed back the release date of their film. The High Note movie has decided to bring the movies to you as you can enjoy the film in your own homes.

The film was directed by Nisha Ganatra who helped the script come to life. In this film we not only get Tracee’s acting skills but a taste of her singing skills that was inspired by her mother. Fans can watch this magic happen on premiere day through a series of paid streaming services.

According to the movie’s website, fans can watch the film on Prime Video, Apple TV, Xfinity, VUDU, Google Play, and Fandango Now. The success of this movie can create a new wave of movie viewership as we adjust to the changing times. Your favorite movies premiering at home does not sound bad.

The High Note premieres May 29th. You can visit watchthehighnote.com to find out more details on how to stream the movie. The website also includes a feature where you can set a reminder, Details on the film, a link to the trailer, the upcoming soundtrack, and subscribe for newsletter updates.