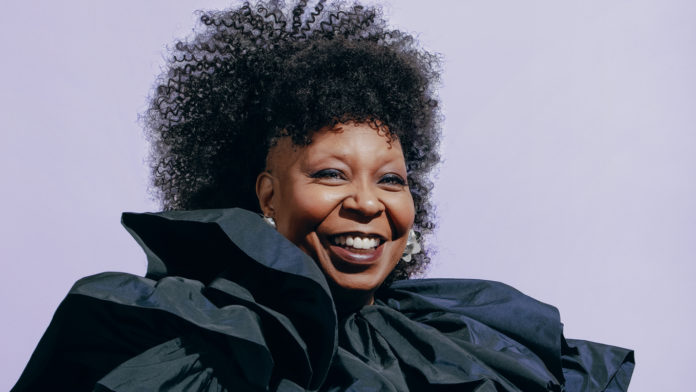 Actress Whoopi Goldberg graces the cover of Variety’s Oscars issue; the Hollywood Royal recalls the details about her historic Oscar win in 1991.

On the 30th anniversary of her triumphant Oscar win for her role as Ode Mae Brown in “Ghost”. The television talk show host sat down with Variety to relive the details of the night.

“I looked really good,” Goldberg says after rewatching the moment, intentively. “My hair was cool. Dress was cute.”

That night Goldberg became the first Black woman in 50 years to win an Oscar. Rewatching the video also brought back more personal details back to the actress.

“I couldn’t look glamorous like other people look glamorous,” Goldberg says. “I wasn’t thin, and I wasn’t a white lady. So I had to find my own style.”

“My brother who is no longer with us [Clyde Johnson died in 2015], that was great to see him and my daughter [Alex],” she says. ” [I remember] just being happy to be there, get the speech out of the way and get off the stage.”

The actress also mentions the competitive side of Hollywood. She recalls what it felt like to compete against the fellow nominees that year; Annette Bening, Lorraine Bracco, Diane Ladd, and Mary McDonnell.

“Any one of us could’ve taken it, and I don’t think anybody would’ve been made at anybody else,” Goldberg says.

“Sometimes you look at actors and you know, ‘Oh, he’s mad,’ but with us, it was just ‘Whoever wins is paying, that all I know. Free Food.” The actress recalls.

Following her win, Goldberg took the fellow nominees out for dinner.

During her interview with Variety, Goldberg shares advice she received from the legendary actress Elizabeth Taylor.

“You and I know you can do anything,” Taylor told her. “But you are Black, so it’s going to be harder for folks to believe.”

“It’s going to be up and down,” she adds. “If you have a way to see where you were, it will allow you to not give up in tough times.”

Whoopi is one of the 16 entertainers to achieve EGOT. This means that she has won an Emmy Award, a Grammy Award, an Oscar, and a Tony Award.