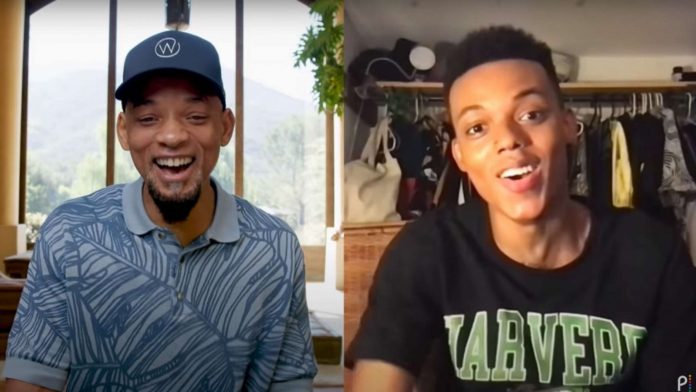 Will Smith announces rising star Jabari Banks will replace him in the reboot of the hit 90s comedy television show The Fresh Prince of Bel-air.

The new show, titled Bel-Air, will “dive deeper into the inherent conflicts, emotions, and biases of what it means to be a black man in America today” (via Hollywood Reporter).

Smith, who’s role on the hit series skyrocketed him to fame, broke the news to the fellow Philadelphia native.

“From the deepest parts of my heart I want to say congratulations to you,” Smith said to Banks in a surprise video. “You have the role of Will on Bel-Air.”