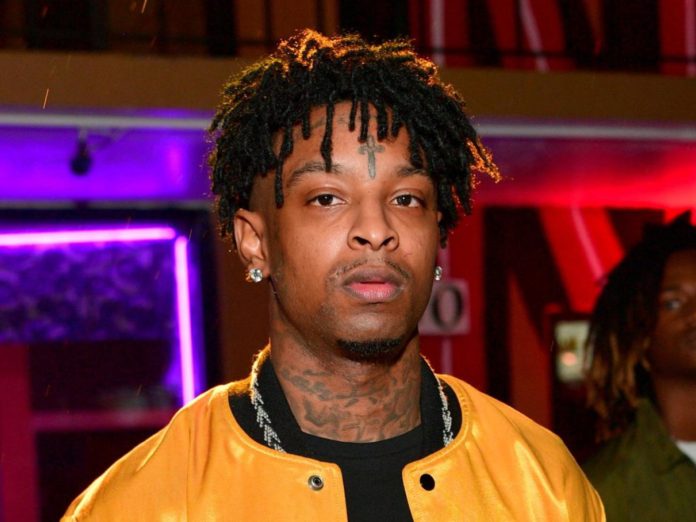 In a recent appearance on “Million Dollaz Worth of Game,” rapper 21 savage explains how his deal with Epic Records allows him to earn more money selling albums than touring.

“I had a platinum album before I signed my [first] deal,” the rapper says. “I own my masters right now. Every song you’ve ever heard me on, I own it. I got a 70/30 split with my label. I get 70; they get 30. I make more money off my album sales than I do off touring. [For] a lot of rappers, most of their money comes from touring.”

21 has owned his masters since 2017. The “A Lot” rapper learned the importance of owning your music from the advice of older Hip Hop artists.

“We learned from all the OGs who fucked up, who ain’t do it the right way,” he states. “It was just seeing sh*t, watching interviews, watching ni**as speak on how they can’t get their music in this movie because somebody else on it.”

“I done been around other rappers and we was at the same spot at the same time, and they jumped the gun and went and signed a deal for $200,000 because they didn’t have enough leverage,” he adds. “I waited ’til I had enough leverage to go in there and say, ‘Ay, I want this much money for this album. I’m giving y’all this much, and I’m keeping all this.’”

When asked if he would contemplate selling his masters, Savage is hesitant. But he admits for the right price. He would sell.

“I don’t know,” the rapper contemplates. “I feel like that’s some sh*t you pass down for generations type shit. But then again, if a muthaf***a come and say, ‘Ay Savage, I got a billion for your masters.’ that muthaf***a’s gone.”

Watch the full interview with “Million Dollaz Worth of Game” below.