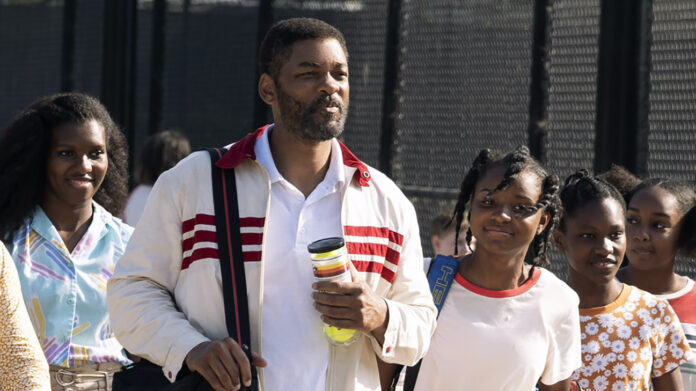 Well, that’s one way to say thank you. Will Smith showed his gratitude to the cast and crew of the highly anticipated movie King Richard by gifting them all with bonuses. Not only did Will Smith produce the film but he stars in the sports drama, portraying the father of tennis legends Venus and Serena Williams.

The upcoming film follows the journey of the Williams sisters becoming professional athletes. During an interview with Entertainment Tonight, the 53-year-old actor told them why he gave bonuses to everyone on the set of King Richard. “All I can do is my part, so it’s always an honor and a pleasure for me to do my part, and everybody put in brilliant work. It was the COVID shutdowns, people really stuck with us”.

According to The Hollywood Reporter, the bonuses given from The Men in Black star were an additional cash sum given to his co-stars in addition to what Warner Bros. had already given them to compensate for the simultaneous streaming release. “It was a much more difficult process than anybody thought they were signing up for,” Smith said. “I just felt that it was fair.”

THR had already reported earlier this month that Will Smith received about $40 million for the film and subsequently used his own money to pay bonuses to the cast of King Richard, including Saniyya Sidney (Venus) and Demi Singleton (Serena), as well as Tony Goldwyn, Jon Bernthal, and Aunjanue Ellis.

Tony Goldwyn told Access Hollywood during their November 8th interview that Smith was one of the most “generous” people he’s worked with within the past 30 years. “When this movie, when Warner Brothers decided not to release it, to put it out on streaming, there was a lot of controversy as people know and we just got a call from Will saying, ‘I’m going to make this right.’ I’ve never experienced it, I was floored. I just couldn’t believe it”, said Goldwyn. King Richard premieres in theaters and on HBO Max November 19.