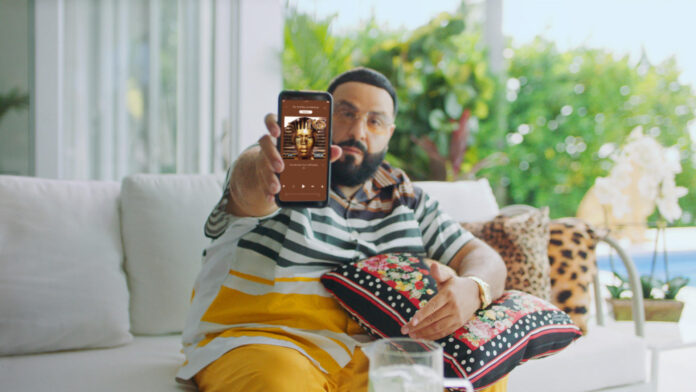 The campaign was inspired by a video of DJ Khaled impulsively promoting Pandora during a party. At the party, Khaled revealed that the music socialites were enjoying his favorite Pandora stations. Some of Khaled’s top picks in rotation were Nas Radio, Evelyn “Champagne” King Radio, and Drake Radio.

The video immediately caught the attention of the President and Chief Content Officer of Sirius XM, Scott Greenstein. “It was a completely heartfelt and spot-on expression of what makes Pandora so special – that feeling of having thousands and thousands of music stations at your fingertips that are programmed just for you,” says Greenstein.

Khaled’s heartfelt and honest recommendation left a mark on the company. Hence the new campaign was born. “When DJ Khaled loves something, he loves it with every fiber of his being, and I knew that we had to try and capture his authentic passion for Pandora and share it with the world.

The first ad is a recreation of Khaled’s original video that ignited the initial campaign.

In the second campaign entitled “Modes for Every Moment”, Khaled explains Pandora’s customization feature to (Jamaican dancehall artist) and collaborator Shenseea. This feature provides users with complete control over the music they hear.

The new campaign also features a special “Pop-up: DJ Khaled” mode. In this mode, Khaled shares different songs and artists that have made an impact on his musical career.

All three of the new Pandora ads that feature Khaled will premiere on BET during the 2021 Soul Train Awards on November 28. The multichannel national campaign will run through the end of the year.