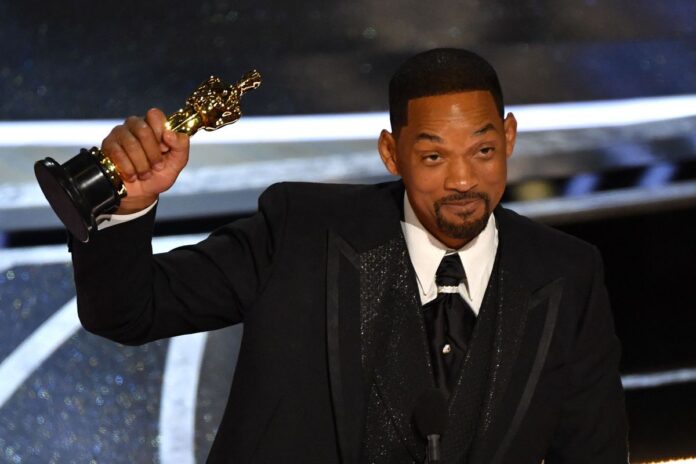 It’s the most anticipated night of the year for actors, actresses, directors, screenwriters, and composers! The 94th Academy Awards took place in Hollywood on March 27th at the Dolby Theater. This year the West Philly Fresh Prince, Will Smith, took home his first Best Actor Oscar!

Actors including Andrew Garfeild (tick, tick…BOOM!), Benedict Cumberbatch (The Power of the Dog), Javier Bordem (Being the Ricardos), and Denzel Washington (The Tragedy of MacBeth) sat anxiously waiting for their names to be called for the award. For his stellar performance in King Richard playing the titular character and father of super athletes Serena and Venus Williams, Will Smith accepted his first Oscar after being in the industry for 20+ years. “In this time in my life, in this moment, I am overwhelmed by what God is calling on me to do and be in this world. Making this film, I got to protect Aunjanue Ellis, who is one of the most strongest, most delicate people I’ve ever met. I got to protect Saniyya (Sidney) and Demi (Singleton), the two actresses that play Venus and Serena. I’m being called on in my life to love people. And to protect people and to be a river to my people.”

This isn’t the Bad Boy‘s first nomination for Best Actor. In 2002, Smith was nominated for his portrayal of professional boxer Muhammad Ali in Ali. In 2007, he was also nominated for playing Chris Gardner in the Pursuit of Happyness alongside his son, Jaden Smith.

The “Summertime” artist is not finished creating potentially award-winning biopics. He is currently filming Antoine Fuqua’s Emancipation telling the story of Gordon “Whipped Peter” in the late 1800’s Louisiana. It is set to release late 2022.

This iconic actor has gifted viewers The Fresh Prince of Bel-Air, Independence Day, Men in Black, Shark Tale and many more memorable characters and plot lines. Witnessing him win his first Oscar for his hard work in the industry is inspiring!

Visit The New York Times to see the full list of Oscar winners and nominees.