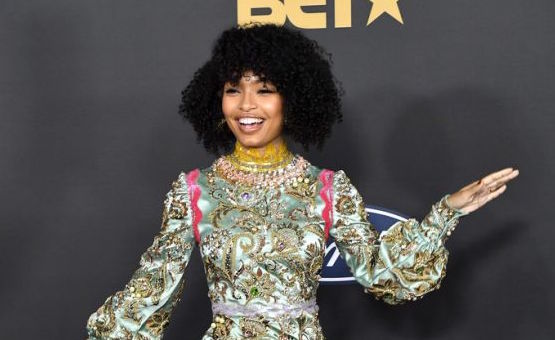 There is so much more to Yara Shahidi than just being an American actress. She is also an activist, history lover and an outspoken supporter of young people who want to shape the future. JaGurl TV spoke with Shaihidi at the 51st NAACP Image Awards to talk memorable moments behind the scenes of Grown-ish and her experience of being able to vote.

Grown-ish is the spinoff of the popular ABC series Black-ish.  The show follows college student Zoey Johnson (played by Shahidi) as she explores the first phase of adulthood. We asked Shahidi to share some of her most memorable moments on set with the cast, and she let us know that it’s too many to recall.

“There is so many, I feel like some of my favorites are the amount of times we’ve laughed so hard we’ve been crying”. She says trying to play back some of the moments in her head. “The amount of moments of us either making songs on set or goofing off… we have secret set languages because we’ll try to have a real conversation while we’re rolling, so then we have another language happening on set so that all the girls can talk to each other about other stuff. It’s so… it’s hard to say because we have such a fun time.”

Aside from her obligations as an actress, Shahidi also uses her platform to encourage girls in STEM subjects and to promote the importance of voting. With the recent primary election being held in California, we were eager to know what the voting experience has been like for her.

“I voted this morning! I hate to brag but this is like the second primary I voted in you know” she says through excitement. “I have another big election coming up, it’s March 3rd. it’s a really big California primary and as much as it’s like oh it’s when you pre vote for the president it’s some real things that you have to vote on”.

Shahidi is continuing to use her platform to be an activist and make a difference in her community.