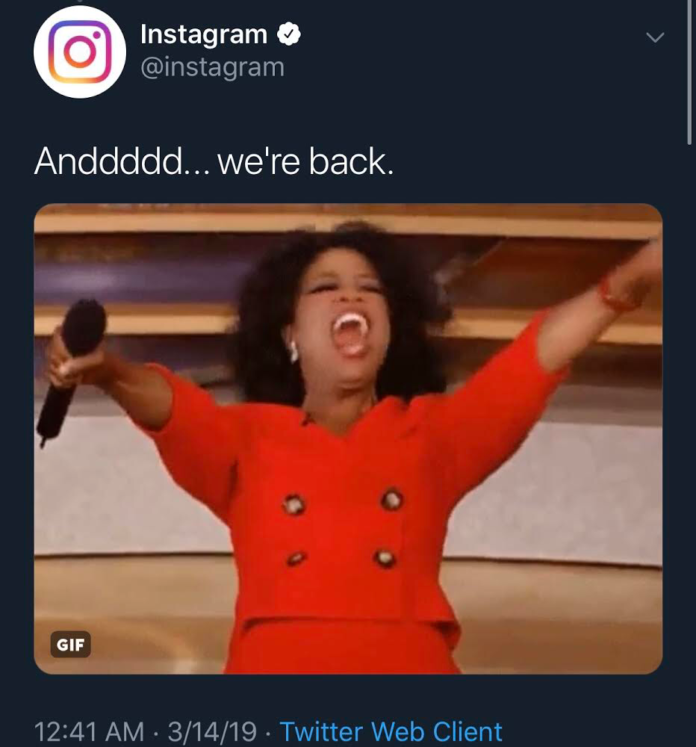 Wednesday, March 13th, 2019 was a tragic day for the cyberworld. Instagram, Facebook and WhatsApp shuts down for 12 hours and the world immediately went into a panic. The time the social media shutdown started was around 12 pm yesterday. At first many thought it was just their own personal social media accounts that stopped working.

“We’re aware that some people are currently having trouble accessing the Facebook family of apps. We’re working to resolve the issue as soon as possible.”

“We’re aware of an issue impacting people’s access to Instagram right now. We know this is frustrating, and our team is hard at work to resolve this issue.

We know that this was an amazing day for Twitter. The public rushed to Twitter to stay updated on the current events. Some made memes. Others even remembered how fun Twitter was. The trending hashtags were #InstagramDown and #FaceBookShutdown

Instagram tweeted at 12:41am this morning “Anddddd… we’re back.” Followed by the famous Oprah Winfrey “You get a Car” meme.

Here’s some of the memes that went viral.