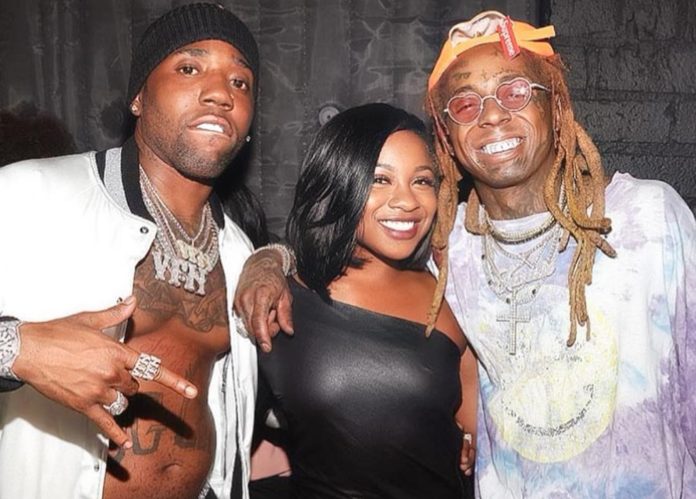 VLADTV released an interview with YFN Lucci and he opened up about quite a few things including his relationship and Reginae Carter. When asked if him and Reginae where still together he stated, “We the only people who will know that”. Lucci made it clear that him and Reginae are doing their best keeping their relationship private; even though they are both public figures.

He even confirming that he has recorded records with Lil Wayne. “We got some more songs,” Lucci confirmed after the interviewer confirmed that Lil Wayne recorded a remix to his 2016 record “Key to the Streets”. He confirmed that he met Lil Wayne and things are great between the two.

Watch the full video below