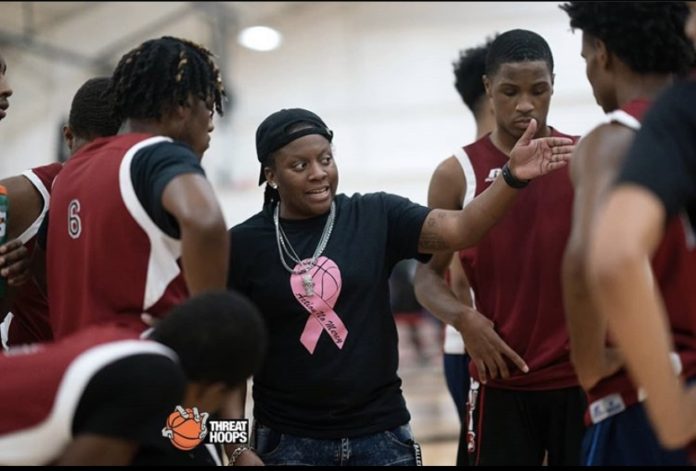 Covid-19 has put a strain on a lot of priorities and responsibilities this year, but not the drive and motivation of Dominique Stringer.

Dominque Stringer better known as Coach Stringer of ‘Action No Mercy’ basketball program would describe her younger self as a ‘trouble child’ or a ‘class clown’ and having all the jokes! Later on, Dominque decided something had to give and during her 6th grade year she made that transition into sports, basketball specifically. “I wound up playing in 6th grade and I wound up getting cut but they brought me back, and said it’s something about the kid we want to keep her out of trouble.”

Her basketball journey lands her to Madisonville, Tennessee where she attended college, and received another opportunity to prove her skills on the court. “Every time I step on the court, it’s action no mercy. I ain’t giving nobody no mercy, throughout my whole college career that was my motto.”

After college, Dominque relocated to St. Louis where she began her coaching journey as well as being on a two year contract playing pro basketball. It was than that she realized she no longer had the love for playing herself, but would rather invest that into coaching an actual team. This is where ‘Action No Mercy’ became a reality.

Her four year plan began in 2016 and has been changing the life’s of each student that crosses her path. “I’m a teacher, so I’m very passionate about working with kids, so I’m like okay ‘Action No Mercy’ helped me through my college let me put that into a dialogue and build something”.

Action No Mercy is a non profit organization that develops the fundamental skills of basketball to give athletes the opportunity to play the level of game they desire. The program involves designing a plan with each athlete to create a profile of their skill progress for future recruiters. The program also allows the students to build stronger character to prevent negative behaviors that lead to criminal behaviors and to overall give young athletes hope that anything is possible.

Stringer has definitely made it her mission to take her drive and passion to implement that into her teams. “I just live through the kids, whatever I go through, they go through. So I relate better that way.”

With basketball being such a physical sport, and the time that we are in now JaGurl TV wanted to know how that effects practices and games. “Covid has been like the greatest thing because right now, my business is sticking out, not a lot of teams are going that extra mile to try to make sure their players are still playing.” Stringer is still able to rent out Gym’s that involve players into smaller portions as well as playing it safe by having the team wear masks during practices.

The recruitment process for an interested student would be to head over to Actionnomercy.com to apply. Stringer does have separate training but provides recruitment where she signs players.

It’s amazing to see the hard work and dedication Coach Stringer has put into building ‘Action No Mercy’ and we can’t wait to see the over all impact for future students to come !

Ty’Ahna Maray Talks Career, Education, and the Pursuit of Success 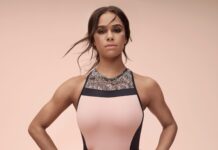 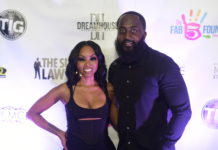 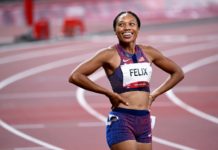 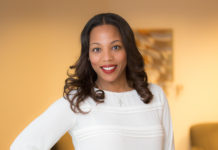 Nicole George-Middleton Becomes the Executive Director of the ASCAP Foundation 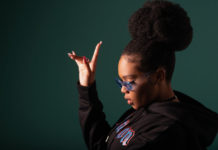