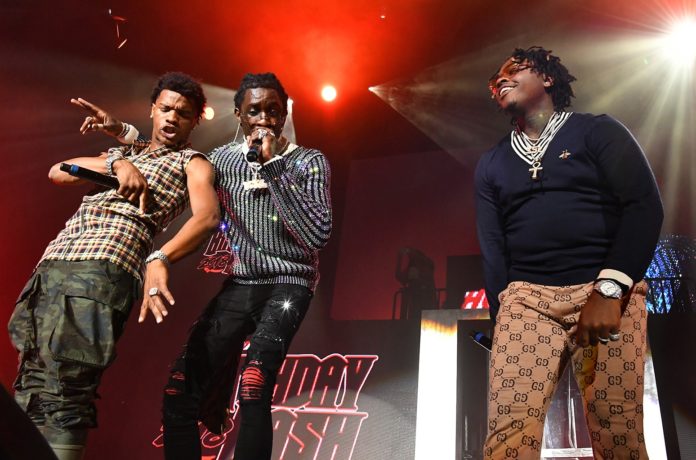 According to the rappers, the majority of the inmates released were held for minor offenses. But due to financial constraints were stuck behind bars.

“This is where we are from,” Young Thug explains to Channel 2‘s Michael Seiden. ” We just woke up and went to the jail with the lawyer and you know DA’s and the prosecutors, you know, the bonding companies and just got as many people as we can out.”

“You never know what somebody been through,” Gunna adds. “There was people sitting out three or four years and could get out on bond.”

“If they did the crime, then they can do the time, then it’s all right,” the rapper continues. “But it’s like you’re giving them a bond higher than what they stole.”

Previously Channel 2 received a special tour inside Fulton County Jail along with two city officials. The officials were shocked at the conditions the inmates were living in. At the time, they concluded the facility held 2,900 inmates and was 400 inmates overcapacity.

“This is some of the worst conditions I’ve ever seen,” Councilman Michael Bond told Channel 2.

Following their release, the rappers invited the inmates and their families to a cookout. Young Thug explains how giving back to the community he grew up in gives him purpose.

“It feels so good to the point where you start feeling that’s why God put me here. He put me here to do this,” adds Young Thug.

While at the cookout, the families and former inmates received an exclusive look at Young Thug and Gunna’s new music video.

Although the rappers didn’t disclose how much money they paid for the inmate’s release, they did share that they plan things like this in the future to further help the community.

The Rappers hope their efforts to uplift their community will inspire other artists to do the same.