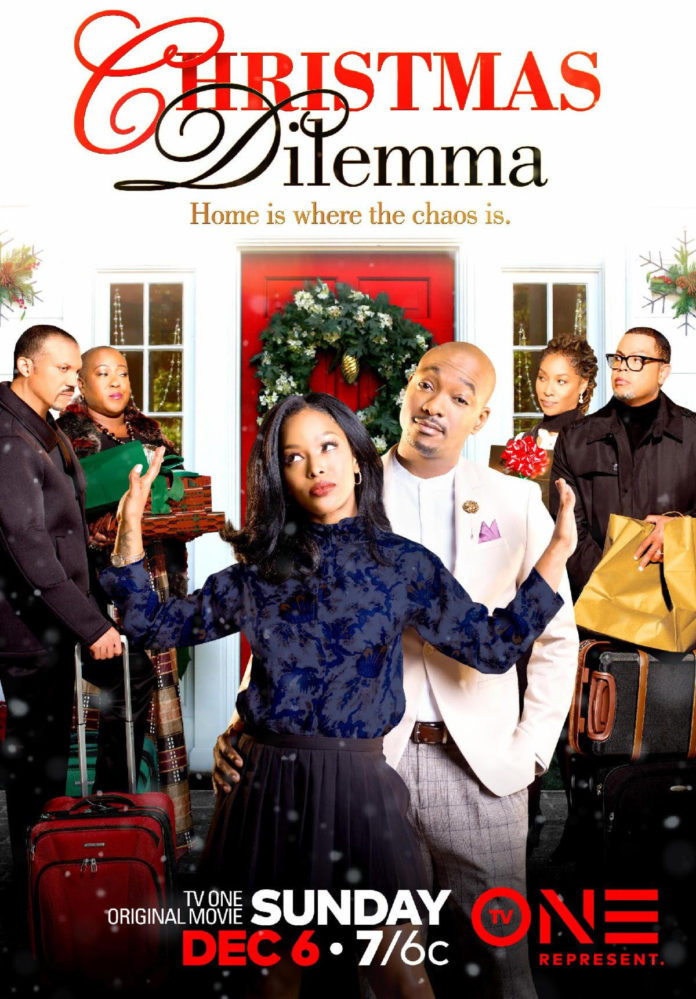 The film will be Atkins first project film but adds on to the actor’s longstanding relationship with TVOne. In a press release she says “I am blessed to have the opportunity to collaborate with TV One once again to direct my first movie,” and adds on “I am immeasurably grateful for the opportunity to helm a film that I can declare I’m proud of. This entire experience has taught me so much and was a true delight.”

The film will follow a newlywed couple Jay (Britt) and Monica (Hall) as they struggle to decide which set of in-laws they should join for their first Christmas. An unexpected surprise occurs when, the decision is made for them when their families show up at their home unexpectedly. Drama ensues as the in-laws clash, long-lost relatives decide to make an appearance, and Jay’s grandmother joins the holiday festivities accompanied her caretaker who just so happens to be Jay’s seemingly attractive ex-girlfriend.

“This will undoubtedly be a different kind of holiday, so we thought an offbeat Christmas comedy was the perfect choice,” says Robyn Green Arrington, VP Programming and Production. “Additionally, having consistency behind-the-scenes during this unpredictable time was a must, so working long-time production partner, Swirl was a no-brainer. Continuing our tradition of giving deserving and prepared talent an opportunity to diversify, made the decision to have Essence Atkins at the helm of this movie easy.”