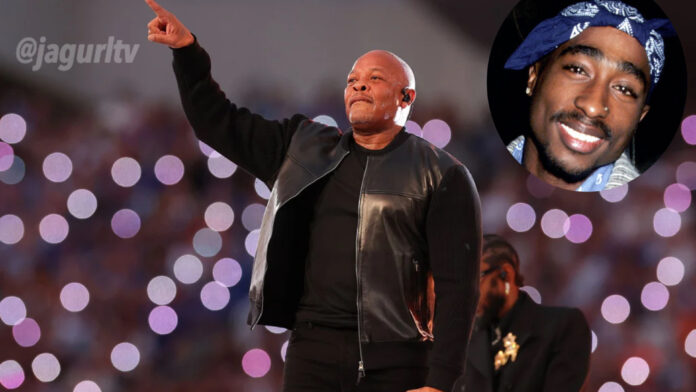 I think it’s safe to say the Super Bowl Half Time show is one of the biggest performances aired on television. This year at the Super Bowl LVI Dr. Dre headlined along side Snoop Dogg, Mary J. Blige, Kendrick Lamar, Eminem and a surprise appearance from 50 Cent. Being that the Super Bowl was in L.A. it made it even more monumental for Dr. Dre to pay homage to the legendary Tupac ‘2Pac‘ Shakur.

The performance opened up with Dr. Dre introducing Snoop Dogg as they perform their 2000 classic single “The Next Episode”. Following the song, the duo rocked out to the 1995 staple 2Pac record “California Love” in which Dr. Dre performed his verse. The popular record reached #1 on the Billboard Hot 100.

The tribute didn’t end there. After Eminem took a knee following his performance to his 2002 Academy Award winning single “Lose Yourself”, Dr. Dre sat at the piano to briefly play Pac’s “I Ain’t Mad At Cha”. The 1996 record came from Pacs fourth studio album All Eyez on Me.

Although many rumors circulated that there would be a 2Pac hologram cameo, that didn’t happen. But all in all it was great to watch the tribute and reminisce on the music that made 2Pac the legendary icon musical artist that he was.