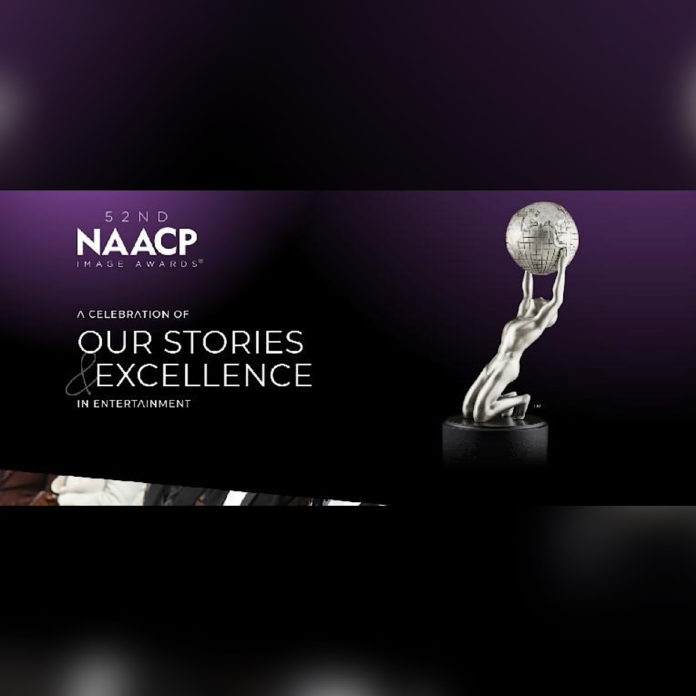 Additionally, the NAACP Image Awards Dinner, which traditionally takes place the night before the telecast, will live stream over six nights February 15-19, 2021. The virtual ceremonies will recognize winners in more than 60 non-televised award categories in the fields of television and streaming, music, literature, film, and activism.

Recognized as the nation’s preeminent multicultural awards show from an African-American perspective, the NAACP Image Awards celebrates the outstanding achievements and performances of people of color in the arts and those who promote social justice through their creative work.

“In this season of reflection and reckoning, the 52nd NAACP Image Awards will continue a tradition of uplifting values that inspire equality, justice, and progressive change, and highlighting artists committed to that purpose.  We are excited to continue our broadcast partnership with BET and look forward to celebrating Black excellence in a safe and meaningful way,” said Karen Boykin-Towns, Vice Chair of the NAACP National Board of Directors and Chairman of the Image Award Committee.

“This has been an unprecedented year and we are all in need of the inspiration, empowerment, and awareness the NAACP Image Awards brings year-after-year.    BET is thrilled to continue our partnership with the NAACP to broadcast the 52nd NAACP Image Awards, creating a one-of-a-kind experience that will celebrate and honor the creatives, musicians, storytellers, and trailblazers who have uplifted and guided our culture during this time,” said Connie Orlando, EVP of Specials, Music Programming & Music Strategy, BET.

Nominations for the 52nd NAACP Image Award will be announced on January 22, 2021.

Due to an overwhelming number of entries, nominees in the eight literary categories, will be announced on February 3, 2021.  Additional key dates include:

As previously announced, the 52nd NAACP Image Awards will include 21 new submission categories:

For all information and latest news, please visit the official NAACP Image Awards website at http://www.naacpimageawards.net. the NAACP announced that the 52nd NAACP Image Awards will broadcast live on BET Saturday, February 20, 2021, at 8:00 PM ET.