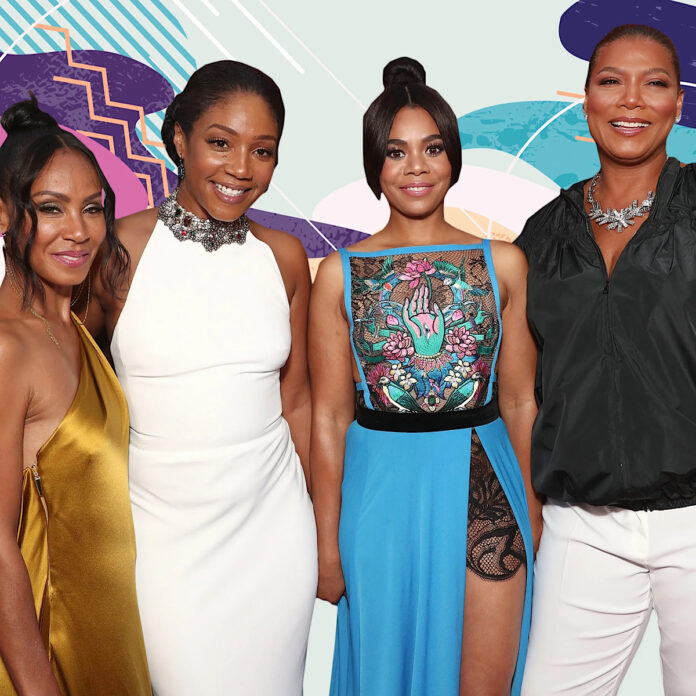 It’s time to have a good laugh with close friends. Girls Trip 2 is officially happening! The news broke after the movie’s producer Will Packer announced that a sequel to the hit 2017 comedy is “underway.” What does that mean for movie goers in the future? That means they get to see the original “Flossy Posse” including Queen Latifah, Regina Hall, Jada Pinkett Smith and Tiffany Haddish take on their next travel adventure.

“Can’t we all use a post-pandemic trip, my friend? I think that the time is actually right, and this is something that I will tell you and break right now at GMA: the Girls Trip 2 sequel, we are underway,” Packer told host Michael Strahan during the Good Morning America broadcast. Packer continued, “We are underway with Girls Trip 2, and now it’s just about what kind of trip do we take, right? Post-pandemic with all our favorite crazy ladies, what do we do with them? That’s what we got to figure out.”

Queen Latifah has expressed her excitement for bringing another movie to fans. “Everybody’s in, Everybody’s down for No. 2 … so we’re just waiting for a script,” she said to People. The costars have met on a Zoom call to brainstorm ideas and the idea of taking their antics overseas keep coming into play. “I’ve been throwing Rio [de Janeiro] from the beginning … definitely down with South Africa too,” Latifah added. No matter where they go, we know the Flossy Posse is always down for a good time.

At this time it is unknown when the film will begin production but it is great to have confirmation from the movie’s director that this is happening.