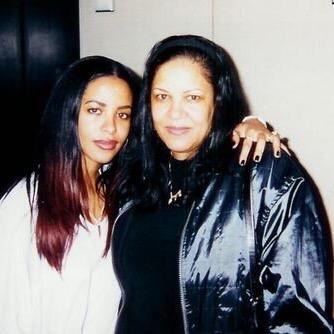 The recent firestorm around R&B star R. Kelly continues as Diane Haughton, mother of the late singer/ actress Aaliyah recently shut down allegations that the singer had a sexual relationship with R. Kelly while she was underage.

The claims of sexual misconduct involving an underage Aaliyah and (at the time) 27 year old R. Kelly come from a woman named Jovante Cunningham- a former backup singer. In her statement during an interview for the new Lifetime Docu-series Surviving R. Kelly, Cunningham describes an instance where she witnessed R. Kelly having sex on a tour bus with 15 year old Aaliyah. “The door flew open on the bus. Robert was having sex with Aaliyah,” she remembered and later stating that what saw was “Things that an adult should not be doing with a child.”

In a statement released to E! News on Wednesday Diane Haughton adamantly denies the claims by the background singer saying, “My husband and I were always on tour with her and at her interviews and every place she went throughout her entire career. Whoever this women is, I have never seen her before anywhere on planet Earth, until now; The women and so-called singer that describes seeing, meeting, or ever breathing the same air as my daughter, Aaliyah, is lying and is a liar.” Haughton went on to thank Aaliyah’s fans for their continued support and love, while also stating that Aaliyah’s name and legacy should not be brought into a situation that is occurring today thus having nothing to do with her.

A representative for R. Kelly told media outlets they have “No comment” about the recent allegations the docu-series SurvivngR. Kelly brought to light.