Home Music Alicia Keys and Khalid Come Together For An End of Summer R&B... 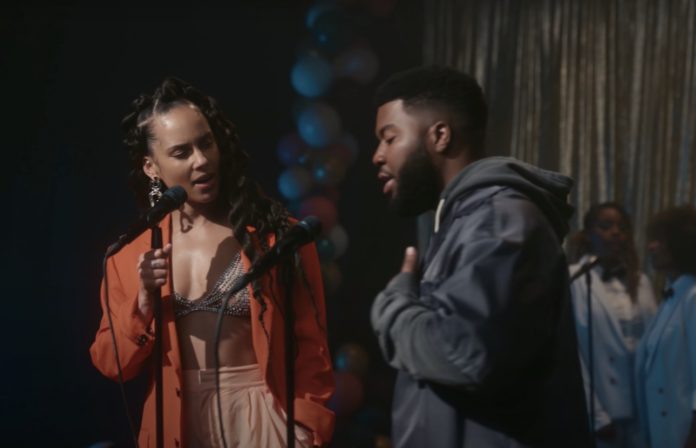 Alicia Keys and Khalid promote self-love and freedom in their new hypnotizing music video for “So Done.”

Yesterday, keys teased her fans with a series of tweets one claiming the music video will put you in a trance, and now we see why.

The duo chants, “I’m living the way that I want,” as they sway to the mellow tune while performing at a high school prom.

In the visual, directed by Andy Hines, Sasha Lane (American Honey) stars as an outcast who attends the prom alone. As she wanders the party attempting to have a good time but feeling completely isolated, a group of misfit bikers crashes prom and begin wreaking havoc. Once satisfied with their reign of destruction, they began to leave and notice Lane in the crowd. They invite Lane to join them in a night of fun and she accepts. Leaving behind her world of normalcy and entering a world of freedom and limitless possibilities.

The single will be featured on keys new album ALICIA set to release this Fall.

Watch the slow burning end of the summer hit, “So Done” below.