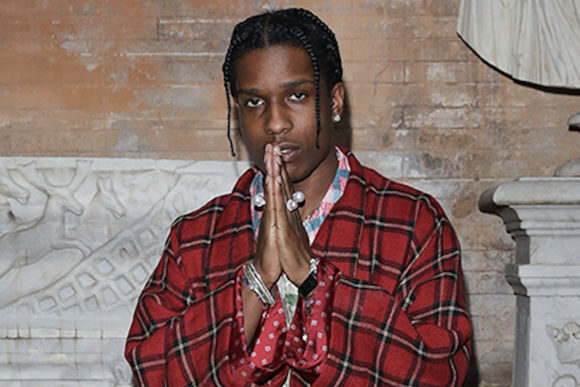 ASAP Rocky has posted his first Instagram post since being released from jail thanking his fans and friends across the globe for supporting him. Although we’re happy for his freedom, he’s not completely off the hook just yet.  According to TMZ, ASAP along with friends Bladi and Thoto were free to leave Sweden while they await a verdict, which is expected August 14th.

During the Friday Morning hearing  Prosecutors asked that Rocky remain behind bars because he was a flight risk and that he should be judged harshly because they say he threw a bottle at the alleged victim while he was lying on the ground. Rocky admits to picking up the bottle but he did not throe it.2 eye witnesses to the incident assisted his statement as they testified that they did not see Rocky strike the alleged victim with the bottle.

Rocky’s lawyer fought back stating that nothing the rapper did was premeditated or done in a coordinated fashion with his crew and the evidence backs it up. He singles out the footage of Rocky fighting with the alleged victim as a total of 6 seconds, and claims that was his only involvement. He says the rapper is not responsible for the actions of others, and his actions do not amount to assault. Apparently the judges agreed and released all 3 men to return home.

We wish ASAP Rocky and his friends the best as they await their verdict.