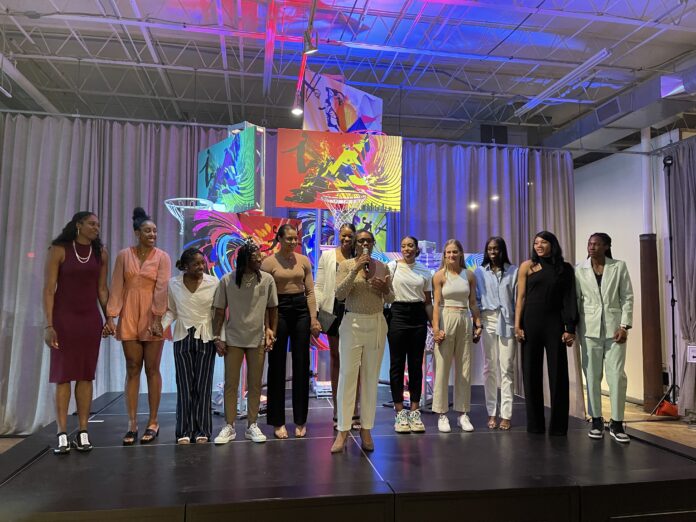 The Atlanta Dream is Atlanta’s professional basketball team in the Eastern Conference in the Women’s National Basketball Association (WNBA). The Dream was founded in 2008 and is owned by real estate investors Larry Gottesdiener, Suzanna Abair, and former Dream player Renee Montgomery. On Wednesday, JaGurl TV caught up with the Dream team at their inaugural Tip-Off celebration on its special night of reintroducing the team to the city and commemorating the milestones of the franchise.

“The main inspiration for me to become affiliated with the Atlanta Dream is when I saw the bravery of the women of the Dream 2020 speaking truth to power. I wanted to both honor them and I wanted to be a part of their journey.” Gottesdiener tells JaGurl TV. The Atlanta Dream head coach, Tanisha Wright, adds. “We want to empower black women and women in general. People want to be a part of that, especially now. We are thrilled for all of our partnerships and who want to grow with us as a franchise and an organization.”

In additional honors and dedication for the memory and impact of Coretta Scott King, there was an initial presentation respecting the prestige of the Atlanta Dream and the WNBA in their combined accomplishments. “Things are happening. The WNBA is entering its 26th season this year. We are the oldest women’s professional sports league in U.S. history. We’re the youngest professional sports league in the U.S.,” proudly proclaims Morgan Shaw Parker, President, and C.E.O. of the Atlanta Dream. “There has been a seismic shift in consumer and corporate interest in engagement and investment. As a result, the WNBA, for the first time, raised a massive $75 million in capital investment to grow the long-term investment in the league. This was also the first year that the WNBA could use the caption March Madness.”

You can also support the continued vision and empowerment of The Atlanta Dream by copping season tickets to their games and events by visiting DREAM.WNBA.COM.