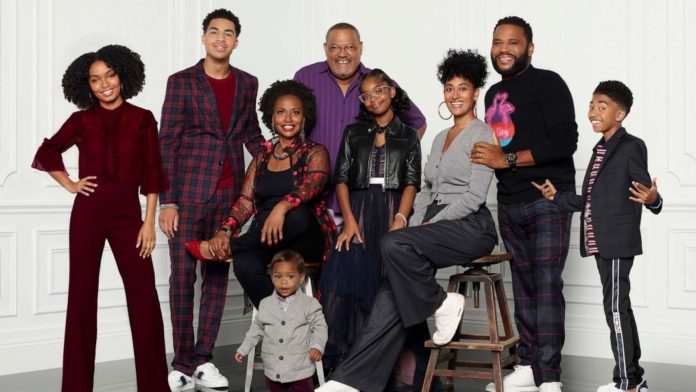 The award winning series Blackish is set to return next month after a long hiatus. As we wait for the show’s return, there has been some buzz around two upcoming episodes that will has significance due to the themes that relate to 2020, voting and systematic issues.

In the election episode part 1, Junior is eager to vote, which follows the “good boy” nature of his character. Unfortunately, he then uncovers that he’s been dropped from the voters list. This sheds light on systematic issues that African Americans face all over the world. In part 2, which will be an animated style, Dre’s (Anthony Anderson) work colleague Steven (Peter Mackenzie) “makes an ill-advised decision to run for Congress, so Dre enlists his family’s help and campaigns against him but gets caught up with fundraising and private interest groups.”

Karey Burke, president of ABC Entertainment, spoke with television writer and producer of the show, Kenya Barris, and they agreed that the current social climate made bringing the series back early a must. Now, Black-ish is no stranger to shining light on current events and systematic issues. Fans are excited to see how things will play out and transpire in the following episodes.

The animation style is different than their normal real life sitcom, but it does catch the attention of many viewers. Below is a sneak peak of the Black-ish cast in animation form!

The one hour special will premiere once Blackish returns on air, Sunday, October 4 on ABC at 10 p.m. EST.