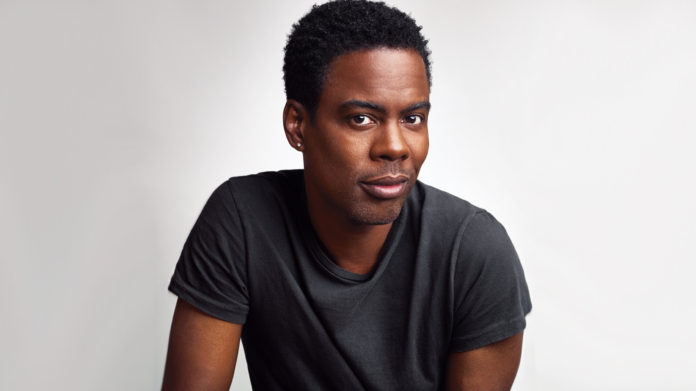 Are you a believer in second chances? What about starting over? The thought of change can be scary, especially as you get older. As we get older we become set in our ways so much so that new variables will throw us off. Believe it or not, fear can be a great motivator. Just ask legendary actor and comedian, Chris Rock, who opened up about how fear greatly impacted his life and how he used therapy to let those burdens go.

During an interview with The Hollywood Reporter, Chris Rock, 55, is dealing with his past in a non-comedic way for the first time in his life. This breakthrough is getting him to relive parts of his childhood in which has been traumatic.

Rock, who is originally from Chicago, had a rough upbringing that shaped him into the man he is today. “I’m not belittling today’s youth, but I wish somebody had sent me a bad text when I was a kid,” he says. “These mother——- were trying to kill me.” Although he could have crumbled to the stresses of his environment, he decided to perceiver forward into a respectable career. “You can’t obtain greatness without the time to rest and work on yourself and your faults,” says Rock.

Therapy is not just the act of talking out your feelings. Therapy is a treatment plan and physiology is a science. The goal is to create a plan that will guide you to heal trauma. This can include creative outlets like writing and singing, or physical activities like working out or swimming, which is something Rock had been talking about accomplishing for years.

As a man who has been on countless movies and television shows, toured around the country, has done standup in front of millions, and produced several versions of entertainment media, the biggest commitment has been therapy, which he goes to seven hours a week with two therapists. The road to your mental health is a long one but worth the work, no matter what age you are.

According to Mental Health America, 13.4% of the U.S. population identifies as Black or African American. Within that community, over 16% reported having mental illness in the past year (which equates to over 7 million people). There are different variables that stop Black people from seeking the help they need. Some may worry that mental health care practitioners are not culturally competent enough to treat their specific issues. Others live in poverty and don’t have the means to go to therapy. Even when they do have the means, there has been a stigma created around therapy in the minority communities.

What Rock shows us is that therapy is not a stigma. You can have all the success and money in the world and still feel like you need to press the reset button. He still had to take time to make sense of his limitations and the toll that childhood trauma has taken on him, even after 55 years of life.

At one point, these traumas fueled an entire series, Everybody Hates Chris, which Rock made a character that reflected his own life experiences. In a way, Rock used comedy in the sitcom as the start of his self-healing. “I thought I was actually dealing with it, and the reality is I never dealt with it,” he says. “The reality was the pain and the fear that that brought me, I was experiencing it every day.”

You are deserving of peace and a prosperous life. If you are experiencing signs of trauma, depression, or other mental illnesses, know that it is worth taking car of yourself. You cannot nurture others when you own glass is empty. Take charge, be the change, and understand that opening up does not make you weak. Use the resources below to get your self-healing journey started.