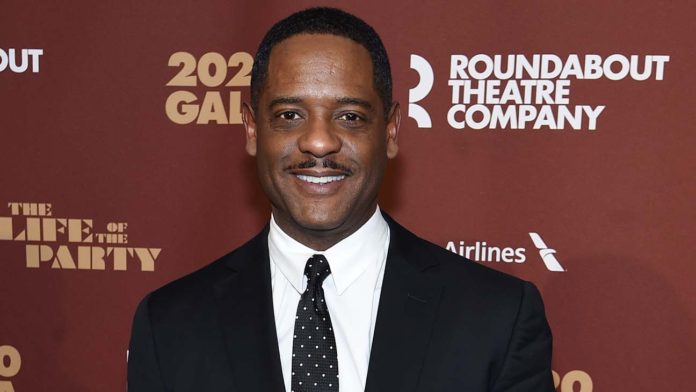 The 52nd Annual NAACP Image Awards is approaching where the U.S.-based National Association for the Advancement of Colored People is set to honor outstanding performances in film, television, music, and literature.

JaGurl TV sat down with the winner for Outstanding Actor in a Television Movie, Limited-Series or Dramatic Special.

Award-Winning actor Blair Underwood is being honored for his role in the limited series: ‘Self Made: Inspired by the life of Madam C.J. Walker’. In the film, Blair’s character Charles Joseph Walker plays the husband of Madam C.J Walker. Throughout the duration of the film we see Blair’s character began to shift and become envious and a little disturbed by the success of his wife.

Despite the film highlighting the early 1900’s there seems to be this cycle of men becoming envious of their wives success even still resurfacing in the 21st Century. During the NAACP Image Awards press conference, Blair spoke on the topic with JaGurl TV stating, “of course it happens it’s definitely what Charles Joseph C.J Walker went through and that was in the early 1900’s and in 2021 there’s still those issues with a lot of us, a lot of men.”

Blair goes on to discuss the controversy around this topic, but makes sure to include that the situation overall is definitely wrong, “It’s not right or wrong, it’s wrong. We can say that, but it exists for a reason, it exist I think partially because society says, you’re the man of the house, you’re the leader, you’re the family, you’re the breadwinner, you’re the one making the calls, making things happen. And when a man, especially a black man goes out everyday and he’s hitting his head up against the wall and it’s hard for him to find his own north star and own equilibrium and the woman who you love is bringing home the bacon, it can mess up your ego that’s why it takes somebody very much evolved as a man.”

The actor also acknowledges the fact that he feels as though his character just wasn’t built to handle the success and financial stability his wife brought home, he goes on to say “Definitely in the 1900’s though, this brother didn’t have the tools, the equipment.”

Blair did an outstanding job embodying this role, and congratulations to him on his win!