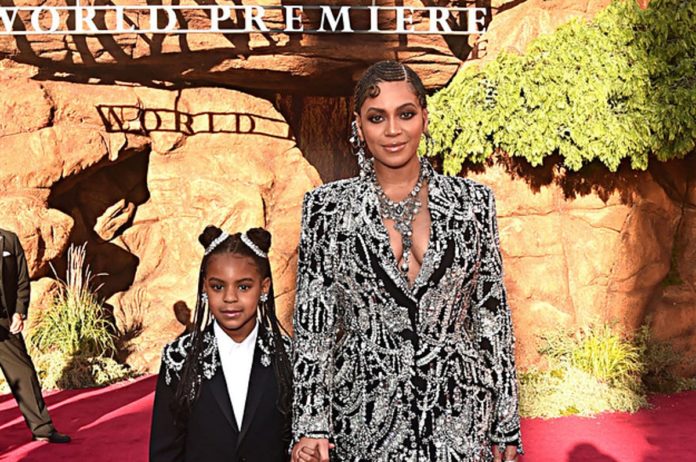 Beyoncé and Jay-Z’s daughter, Blue Ivy, at just 9 years old has won her first GRAMMY making her the second youngest to win the award.

Beyoncé and Blue received the award won for Best Music Video for ‘Brown Skin Girl,’ from “The Lion King: The Gift” album.

The mother-daughter pair was up against videos like Future featuring Drake’s “Life Is Good,” Anderson .Paak’s “Lockdown,”‘ Harry Styles “Adore You” and Woodkid’s “Goliath.”

The Academy wrote in a tweet, “Congrats Best Music Video winner – ‘BROWN SKIN GIRL’ @Beyonce #BlueIvy @wizkidayo Sparkles #GRAMMYs.” The track and video were part of Beyoncé’s ‘Lion King’ album, ‘The Gift’ — and yes, Blue DOES have a verse in there.

Watch the music video for “Brown Skin Girl” below.