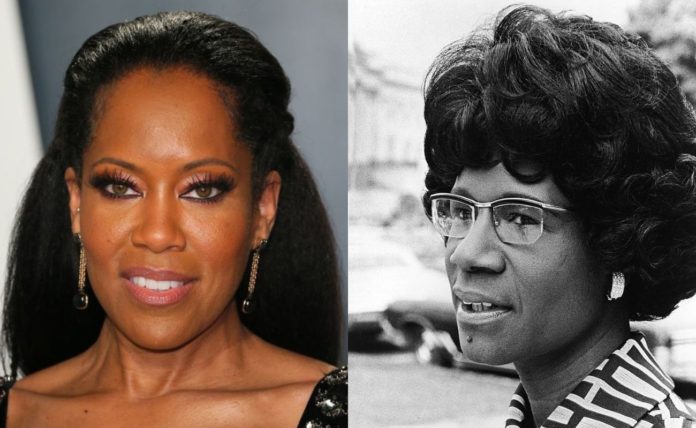 Oscar-winner Regina King is set to play Shirley Chisholm in the upcoming biopic “Shirley,” written and directed by John Ridley.

Chisholm is America’s first Black congresswoman. The film details Chisholm’s historic 1972 presidential campaign. According to Deadline, the up-close portrayal of the congresswoman is “an intimate, behind-the-scenes portrait of one of the most ground-breaking political leaders during a seminal period in modern American history.”

“Shirley Chisholm’s fearless determination has been an inspiration to so many of us,” King said in a statement. “And with this film, we hope to inspire many generations to come. To collaborate once again with my friend and mentor, John Ridley, and the team at Participant makes this decade-long journey even sweeter.”

King, along with her sister Reina King, will produce the biopic through her company, Royal Ties Production. Participant Jeff Skoll and Anikah McLaren will be joining King behind-the-scenes as executive producers for the film.

“Shirley Chisholm’s life as a politician and her groundbreaking career in Washington is a critical part of American History that is far too often overlooked,” Participant CEO David Linde said.

“Regina’s passion for bringing a complete and very human portrait of Shirley to life has been evident since literally the day we first met,” Ridley adds. “I’m very thankful to both Regina and Reina trusting me to partner in telling the story of this truly remarkable individual.”

King notably made her directorial debut with her recent film One Night in Miami. The feature film has been nominated for three Golden Globes, including King’s historic nomination for Best Director. King has become the second Black woman to receive a nomination in the heavily white male-dominated category. If she wins, King would be the first Black woman to win the category.

Production for Shirley will began later this year.

Let’s all take a moment to recognize the beautiful life of 13-year-old Lyric Chanel, who passed away of brain cancer and anaplastic ependymoma... 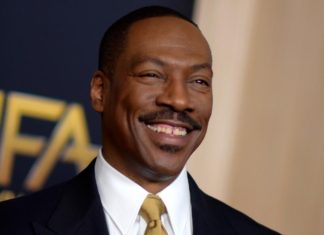