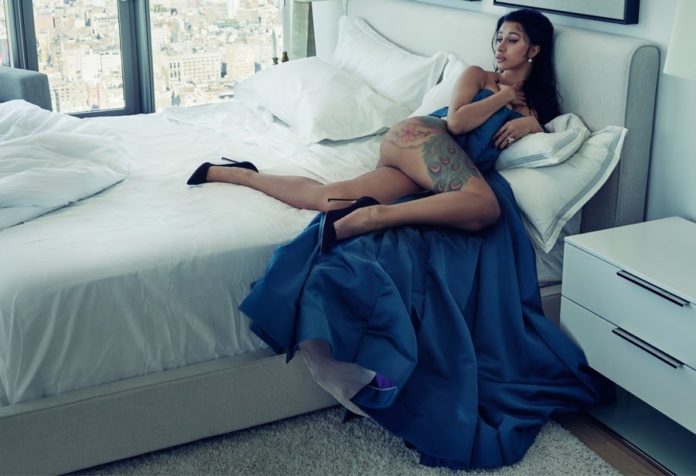 In less than 5 years Cardi B has taken herself from stripper to social-media sensation to reality-television star to world-famous rapper. After the release of her single “Bodak Yellow,” in 2017, became the first number-one hit by a solo female rapper in nearly two decades. The last female rapper to achieve this was Lauryn Hill’ for her single “Doo Wop (That Thing)” in 1998. Cardi’s debut album Invasion of Privacy was glorified for its relatable body of work and landed her a Grammy for best rap album, another first by a solo female rap artist. With so many great accolades from previous work, Cardi for sure has the pressure on her to deliver well with her second album. In a recent interview with Vogue Magazine Cardi opens up about the process of creating her new album.

Cardi’s second album is scheduled for release early next year, and she says the pressure weighs heavily. “The first time it was just me being myself, I didn’t even care if people was gonna like it or not. When I found out I did so good, I’m like, is this a big number? Everybody was like, yes, this is a huge number. So it’s scary because it’s like, now you got to top your first album.” Cardi’s life has changed drastically since her first album and because of that she wonders will people be able to relate to her music the same way, “I wonder if people are gonna relate to the new things, to the new life, to the new shit that I gotta talk about now. Music is changing. I feel like people just wanna hear twerk-twerk music, but it’s like, is that just a phase —I always need help when it comes to talking about my feelings. It’s hard for me to be soft, period. So it’s a lot of thoughts, a lot of pressure.”

Julie Greenwald, the chairman, and COO of Atlantic Records, also agrees that when an artist debut album achieves a high level of success, the bar gets set high. “It’s not the typical artist rollout, where the second or third is where you run all the bases,” she says. “Cardi hit an out-of-the-park home run on her first album, and she knows there will be a lot of people waiting for the next one with their arms crossed. She also believes that Invasion of Privacy was so successful because Cardi talked about real experiences and that she will continue to do that with this new album, “She’s going to keep putting herself and her experiences in her music. Now that will include, her travels, her struggle to maintain her identity as a girl from the Bronx while living this fantastic life. She will show you all the shit that’s involved in being famous.”