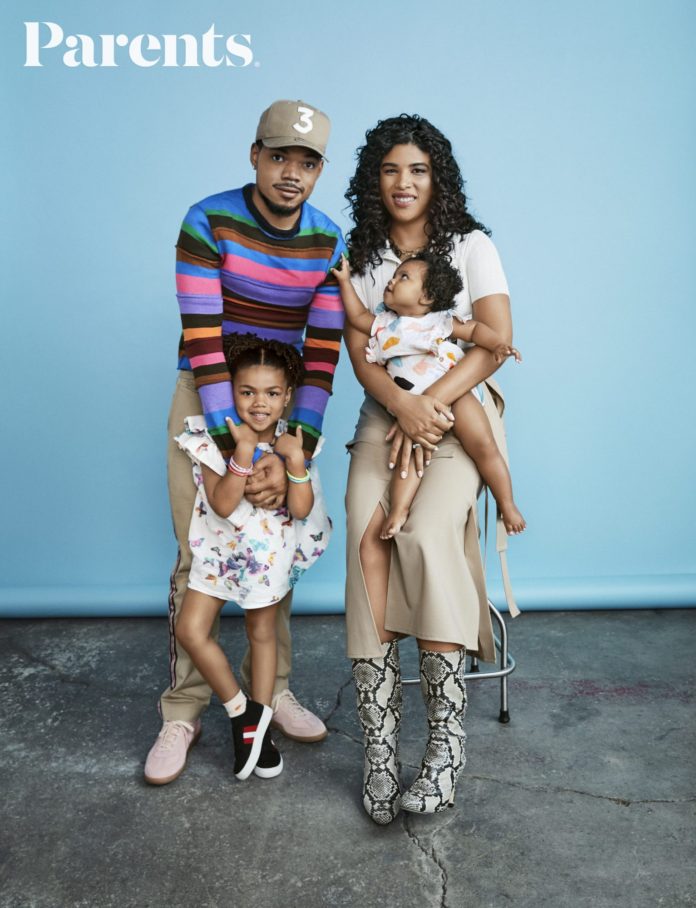 Chance the Rapper is using America’s current racial unrest to teach an important lesson to his 4-year-old daughter, that “Black is Beautiful.”

In the September issue of Parents magazine, Chance the Rapper 27, poses with his wife Kirsten and their two children, Kensli, who will be 5 in September, and Marli, who will be 1 this month.

The rapper explains how he and his wife have been using the Black Lives Matter movement to teach their daughter Kensli about current events regarding race.

Now for baby Marli, his biggest lesson is ” to teach her how to walk.”

The Chicago MC reflects on how this moment has allowed him to further understand racism.

“This time is calling into question everyone’s morality and everybody’s sense of complicity and the oppression of people at large. I think one thing that has helped me understand racism is realizing that people can adhere to racist systems and benefit from them without necessarily consciously doing so,” he says. “And my understanding of that came from my being able to see how I could be complicit in patriarchy and sexism.”

To further explain his point, Chance the Rapper referenced the way protests are disproportionately held for Black men compared to Black women.

“When there are protests, they’re mostly for Black men. Statistics show that Black women are also brutalized at an extremely high rate or, in some cases, killed by racist police officers. So I think we’re starting to address many issues: racism, patriarchy, capitalism, colorism. Until we can recognize the stem of each problem and how we all work within the system, we can’t actually make it better.”

Throughout his musical career, the Grammy-award winning artist has invested in social change.

In 2016, the rapper founded SocialWorks, a nonprofit organization which “aims to empower the youth through the arts, education and civic engagement.”

As the debate rages on about whether or not school will be reopening in Chicago, the rapper sees this as an opportunity to enact change.

“if we thought that teaching our kids how to read was hard, imagine teaching them that there’s an entire system of oppression that our society is built on, that they can either be complicit in or work to change,” he tells Parents. “It’s a difficult task, but it’s like we were born or live in this time for a reason. I think we have a pretty crazy opportunity right now to change the trajectory of humanity.”