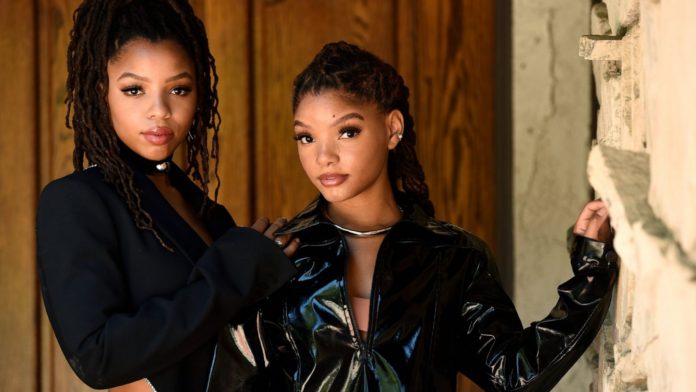 Back in 2013, Chloe and Halle Bailey went viral when they posted a cover of Beyoncé’s “Pretty Hurts” on YouTube, and long behold just a week later, Beyoncé’s team reached out to sign the sisters.

It’s now been five years since legendary artist signed the duo. Since then, the pair has taken the world by storm!

In an interview with Bustle Halle recalls just how Queen Bey has done her part in shaping their perspective. “Everybody can learn from her just by watching her and what she stands for,” Halle explains. “But being able to be a little bit close to her, I’m really learning her grace.”

Working closely with singer/songwriter, Halle goes into her aura and how Beyoncé embraces so much love and positivity all while encouraging others to do the same. “She’s taught us that we can be anything we want to be as young Black women,” Halle continues “We don’t have to be restricted to just one thing.”

The R&B duo also briefly opened up about their most recent album Ungodly Hour, and the steps they took to make the album more intimate by adding secrets they’d usually only share in their diaries.  “It was scary to put this album out and know people would hear our deepest darkest secrets; everything that you try not to show on the surface when you present yourself to the world.” says Halle.

The album itself depicts embracing yourself, intimacy, and how important it is to be vulnerable. “We all came up with this sentence: ‘Love me at the ungodly hour,’ which means love me when I’m at my worst; love me when I’m not all dolled up and made up,” Chloe adds “Love me when all my insecurities are out on the table.”