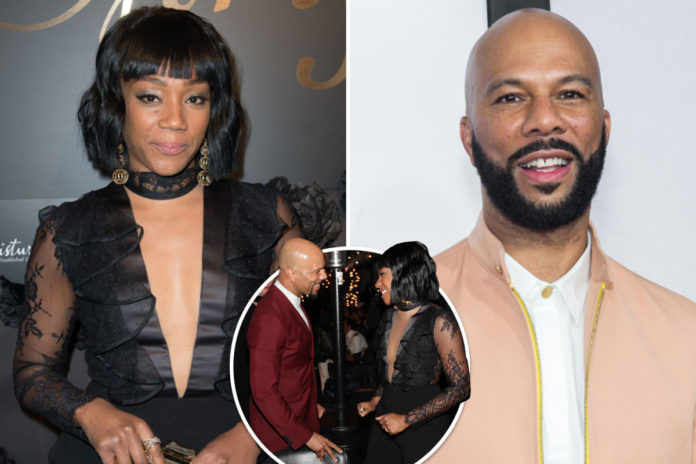 Tiffany Haddish partners with Bumble for a new campaign, and raves about her “supportive” relationship with rapper Common.

Earlier this year, Haddish met her current boyfriend Common on the online dating site. In an interview with PEOPLE, the Night School alumn explains what makes Common different from her past relationships.

“What I love about him is I can be silly. We laugh together, and we can have really deep conversations,” she tells PEOPLE. “And we do argue, but it’s not like mean words being tossed at each other, or trying to tear each other’s character down. It’s more like grown-ups. And I don’t think I’ve ever been in a relationship where, if I have an argument with somebody, they are not calling me out on my name or trying to belittle me.”

“This is my first time being in a relationship with somebody who’s not trying to make me turn my light out,” Haddish says.”They’re trying to get me to make my light shine even bigger and motivate me. That is very different for me: supportive, encouraging. It’s refreshing.”

Happy within her relationship, the comedian explains that her expectations are realistic when finding a partner.

“He’s still not the whole entire package, but he’s a majority of the change that I need. I don’t think anybody is the whole package,” says the actress. Referring to herself as a pessimist, Haddish further explains, “I don’t think there’s any person that’s the whole shebang, everything you want. I think that’s impossible.”

Haddish uses experiences from her previous relationships to offer fans advice in her new Bumble project. In the new series, Don’t Text Your Ex, Haddish gives singles advice on maneuvering through the single life and letting go of Exes. The advice comes just before one of the busiest days in online dating, Dating Sunday.

Watch below as the comedian use her past relationships to offer tips to online dating singles.