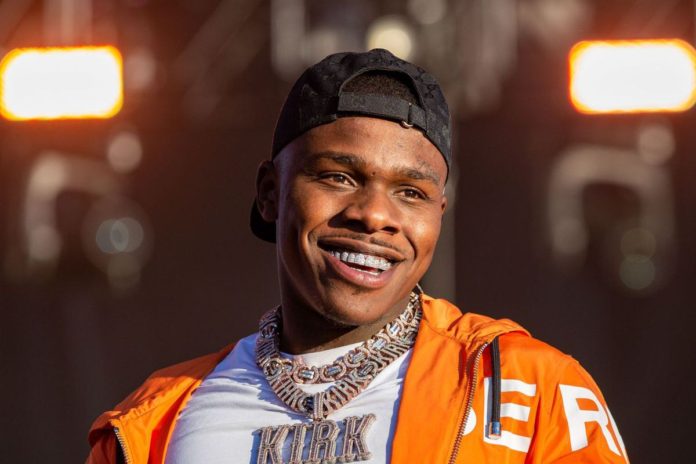 His voter initivitve, Vote Baby Vote, includes a large push on social media, as well as a voters rally and numerous appearances at local polls around the Charlotte area.

This past weekend the Grammy-nominated rapper hosted the Vote Baby Vote Party at the polls. In which hundreds of people came out enjoyed food, live music, and special guest, rapper-activist Common.

In an interview with WCCB, Charlotte’s very own DaBaby and Common explains why this upcoming election is so important.

“Not only do we just like being involved with people period,” DaBaby says “we like bringing people together and creating an environment for people to have a good time. We understand how important this year’s election is especially with North Carolina, we’re a state that’s really up for grabs, a battleground state.”

DaBaby efforts to encourage voter participation does not stop there. The Billboard Hot 100 rapper will be the star attraction on election day at the Polls Pull-up. In which, the rapper will appear at numerous polling locations throughout the city of Charlotte, encouraging people to come out and vote. Voters in Charlotte will also be able to get free Lyft rides to the polls by using the code VOTEWITHDABABY.

“This isn’t my first time voting, but after seeing everything that’s happened across the world, in our communities–it is necessary to get my people involved, especially in my hometown,” Dababy said in a press release.

The NoCap2020 Director, Jonah Vicent, refers to partnering with Dababy as “huge for Charlotte.”

“If there were ever a moment when young black folks needed to vote and get engaged, this is that moment,” Vicent said. “We need to have our voices heard, right now. With Dababy’s roots in our state, we have an opportunity to empower young people to action like never before.”