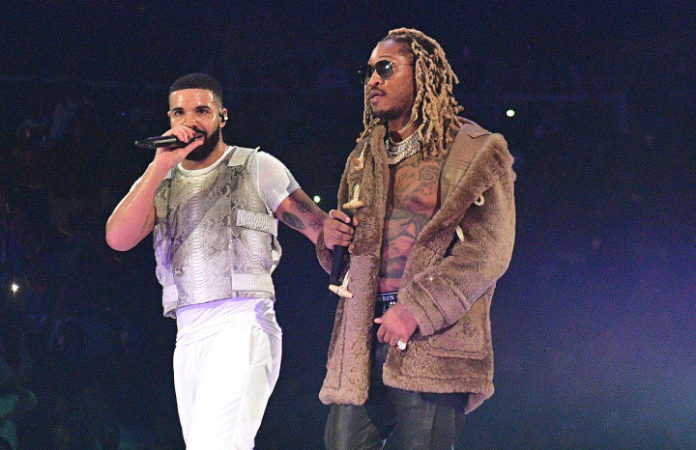 Drake and Future may be working together on new music very soon. Recently, they have hinted on social media that a new project may be in the works. Drake took to his IG story to post a picture of his laptop screen. On it read the words, “Life Is Good. Future + Drake”. He tagged Future in the story and Future then reposted it.

Both artists have undoubtedly been two of the most successful rappers of the last decade. Drake released 5 studio albums and Future put out 7 between 2010 and 2019; both artists seeing multi platinum numbers. Drake released his single “War” in December stating, “I just want to say this for my city in regards to the song ‘War’. My goal is to always uplift and show love to rappers that are buzzing and gaining the worlds attention.”

This is not a first time collaboration for Drake and Future. They collaborated back in 2015 on “What A Time to be Alive”. Future was also featured on Drakes artist DVSN single “No Cryin”.

Both of those projects topped the charts and made us beg for more collaberations. The duo toured together in 2016 on the Summer Sixteen Tour and have not indicated whether “Life Is Good” will be a single or a project, nor when the project will drop. Either way, we are looking forward to it!