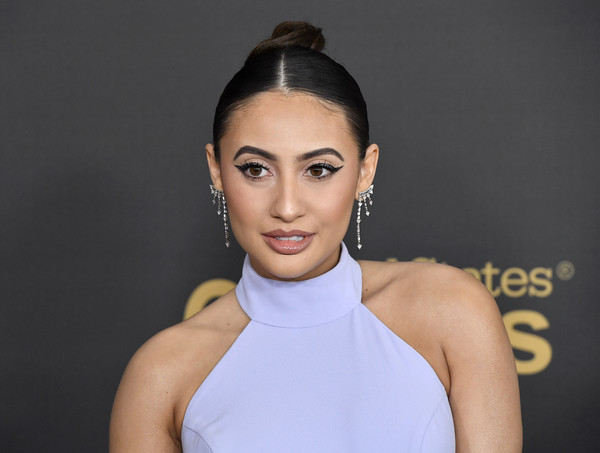 Francia Raisa Almendarez is an actress originally from Los Angeles, California. The actress started her on screen appearances at the beginning of her career in 2005. She was featured in guests roles until she transitioned to more main roles during the peek of her career. She starred in major roles for television shows and movies like in Bring It On: All or Nothing, The Secret Life of the American Teenager and her most recent role on ABC’s Grown-ish. Raisa plays Ana Torres, who spends a lot of on screen time with Yara Shahidi’s character, Zoey Johnson. In the spinoff series, the two ladies become roommates and best friends as they settle into their new life together. The young adults go through the growing pains as they transition to adulthood at Southern California University.

In 2017 we got to know Raisa on a more personal level after we found out about her selfless act. Francia Raisa and Selena Gomez have been best friends since 2007 after meeting at the Children’s Hospital for charity work on behalf of Disney and ABC. After years of friendship, the ladies were living together when Gomez learned that she needed a kidney transplant. The transplant was needed due to her struggles with lupus, which Gomez has been open about in the past. Some of her complications included arthritis, extreme fatigue, and breathing pains as her condition got progressively worse. Raisa reportedly volunteered her own kidney without a second’s hesitation in order to save her friend’s life.

JaGurl TV had the pleasure of speaking with Raisa on the red carpet of the NAACP Image Awards. She was excited to start the conversation about her work as an organ donor activist and the impact she hopes to have on people’s lives.

“Most people know I am an organ donor and I’ve been very quiet about it and I am very excited to begin speaking on it.” Rasia continued, “I was inspired by two incidents that happened so to talk about the importance of organ donation and to know that my story has really impacted a lot of people to either donate or to help them to have enough courage to donate is really impactful.”

We then dug a little deeper to find out the inspiration behind her passion for organ donation. She replied, “It was such a personal decision I wasn’t ready to talk about it and two things happened. One, my sister’s friend was donating… she was terrified and having a panic attack.” In that moment Raisa was able to step in as an experienced friend and talk her down from her anxiety by providing insight on what she was doing.

“You don’t give to receive.” Raisa said when explaining why donating is such a great thing. The minor care you have to do for yourself after surgery is worth the big impact you will have on someone’s life. “I feel like it is very important to talk about it because there are so many people in need and you know I turned out fine. A lot of fear was in ‘what’s my life going to be like after?’ and I am in better shape and health now than ever before.”

We commend the work that Raisa is doing for her community and we hope her work as a youthful activist can spread the message in an insightful way.