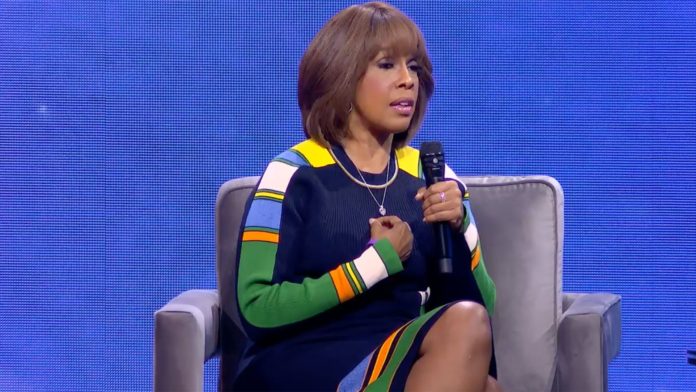 The CBS This Morning host spoke about the backlash following the interview where she asked WNBA star Lisa Leslie about Kobe Bryant’s past assault allegations after his untimely death. At the final stop of Oprah’s 2020 Vision tour in Denver, she spelled out to long time friend Oprah, how the controversy impacted her.

Following the immediate backlash her interview caused she received millions of online threats and attacks, even from big named stars like rapper Snoop Dogg.

While eventually Snoop did apologize for his comments, the negativity she received wasn’t the only thing that affected her. The silence of the “good people” close to her effected her most.

“It’s not the people who are being mean, it’s not the badness, it’s not the vitriol that’s being put into the world, but it’s the good people who remain silent that becomes so hurtful.” Oprah summed up to King and the Denver audience.

While the controversy surrounding the interview has taken a toll on her, in her interview with PEOPLE Magazine she says she will continue move forward. “I have moved on; Is there a scab? Yeah. But I have moved on.”