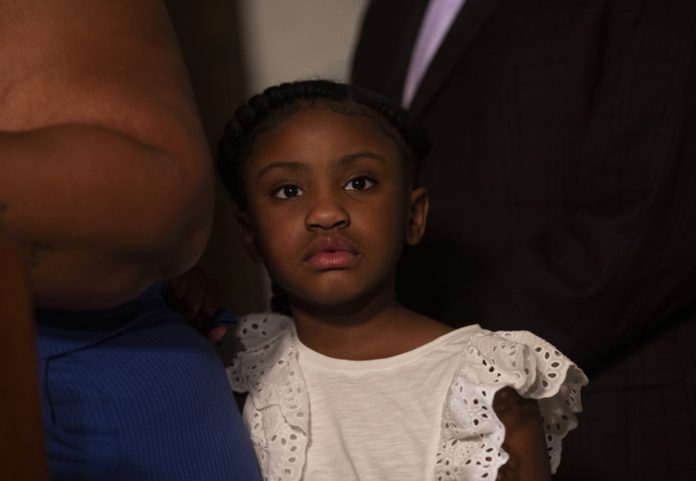 On June 12, 2020, Alpha Kappa Alpha Sorority announced that George Floyd’s ——the black man who was murdered by police in May—— daughter Gianna and granddaughters Taleiaha and Journi will get scholarships to attend any Historically Black Colleges or Universities of their liking. According to Essence magazine, this organization was originally founded on Howard University campus by Black collegiate women.

AKA International President Dr. Glenda Baskin Glover, the daughter of civil rights activists, said in a recent press conference that Floyd’s call for his mother in his final moments motivated them to stand up against racism and social injustice by helping the young women he left behind.

Glover said she has notified the family of this prestigious reward. In a press release she wrote, “Since our founding in 1908, Alpha Kappa Alpha has endeavored to build a better world for African Americans by serving the community, advancing higher education, and fighting for social justice.” Glover also added that she hopes the financial assistance will help lead the women to a path of success.

The organization has spoken out in the past about the recent murders of Ahmaud Arbery, Breonna Taylor, George Floyd and many others. Essence reports one video posted on the sorority’s social media page Glover says, “Alpha Kappa Alpha Sorority, Incorporated strongly condemns the senseless killings of Black women, Black men, and our Black children, in the United States, resulting from unlawful, unnecessary, and excessive use of force by police and those playing vigilante watchmen.” She went on to say that the club will continue to “fight for social justice issues and push for meaningful reform.”

In an interview with Essence last year, Glover, president of Nashville HBCU Tennessee State University, said that she “determined early that education and equal justice were important for all people of color.” She also said she is also willing to find ways to give back.