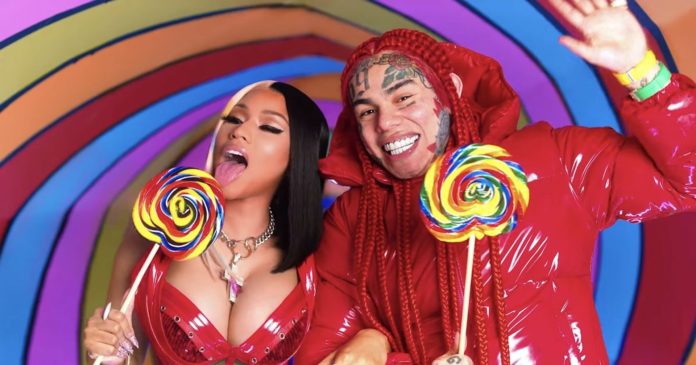 Tekashi 6ix9ine has broken his own Youtube record with his new single, “TROLLZ”, featuring Nicki Minaj. The music video, which was filmed in 6ix9ine’s home, made its debut at midnight on June 12, 2020. In the matter of three days, the video has reached a rising total of 87 million views (June 15, 2020).

6ix9ine’s newest track, “TROLLZ” with Nicki Minaj posted 50.3 Million views on YouTube within the first 24 hours of its release, surpassing the record the controversial MC set just last month.  Prior to “TROLLZ”, the highly anticipated “GOOBA”, was dropped after 18 months of no music due his incarceration in 2019.

This isn’t the rapper’s first collaboration with Minaj as their 2018 single “FEFE” has been certified 8X Platinum by the RIAA. Prior to the release of “TROLLZ”, Minaj and 6ix9ine appeared together on Instagram Live on Thursday night to talk about new music, TROLLZ merch, and the black lives matter protests. That live attracted nearly a million viewers all over the globe, which created hype for the midnight drop of the single.