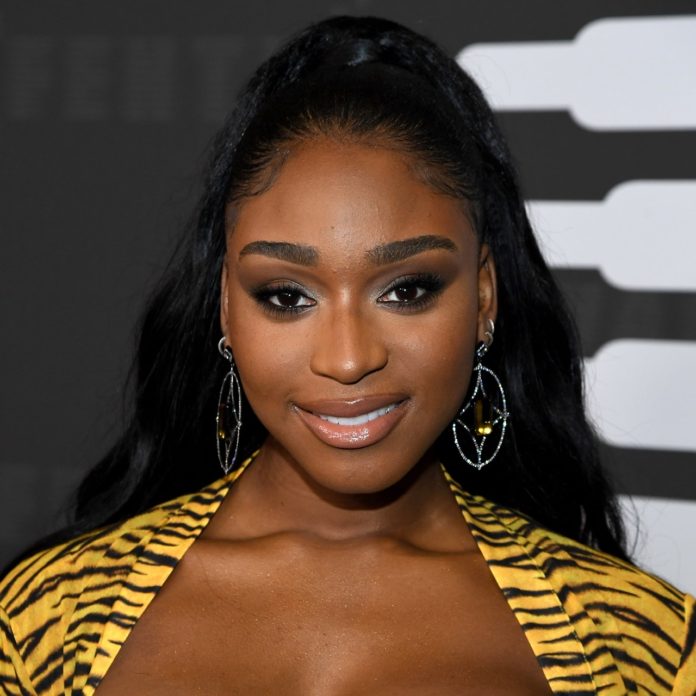 American singer and songwriter, Normani, maybe the next star climbing her way to fame but like many other women, she too has struggled with self-esteem. The 24-year-old ex-Fifth Harmony member got her start to her career after she auditioned as a solo act for ‘The X Factor’ in 2012. From there she became one of the popular faces in pop music.

The “Motivation” singer opened up in the latest cover story for Women’s Health where she explained how she keeps her high self-esteem after being a member of Fifth Harmony. For years, she was labeled the “black sheep” of the group based on her looks and celebrity status.

“[It] alters the perception you have of yourself,” she said of being overlooked in the group originally comprised of her, Ally Brooke, Camila Cabello, Dinah Jane and Lauren Jauregui. “Having certain things happen so blatantly while also feeling like the ‘other’ and being so young and hearing the public compare [us] took a toll on my confidence.”

“For a long time, I didn’t believe in myself because I didn’t feel like I was given the opportunity to,” she told the outlet.

She describes those times as being rough and her actions reflected on how much that took a toll on her self esteem. As the world is begun to see how talented Normani so she did.

Since then, Normani’s self-esteem has skyrocketed. Now at the start of her day, Normani says daily positive affirmations in order to encourage herself throughout the day. “I look at myself in the mirror and manifest and speak things that I want to happen as if they already did as if I’m already that version of myself,” she said. According to the outlet, some of Normani’s go-to statements include You are one of the greatest entertainers. You are a representation for an entire generation. You have purpose.

The cherry on top of her flourishing self-love was being recognized by the one and only bad gyal: Rihanna. “I’m grateful to feel seen and heard and like I can be the voice for so many people. Being a Black woman, I feel we’re so multifaceted and have so much that we’re capable of,” she added. “It’s really important to show Black girls and Black boys they can be anything they want to be.”

Normani says with her newfound confidence she doesn’t feel “misunderstood, judged, [Or] I have to fit inside a barrier. I feel like I can be anything.”