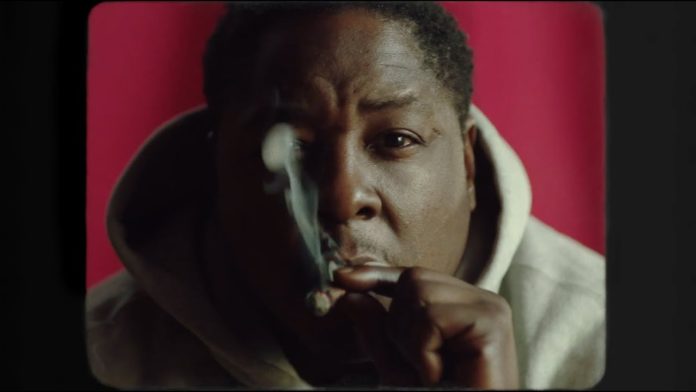 With the recent launch of MONOGRAM, ‘JAY-Z’ Carter’s cannabis brand, it’s only right to bring aboard legends to tell their “High Tales.”

High Tales, is a video series spotlighting music artists who are sharing their most memorable ganja experiences. The L.O.X.’s Jadakiss premieres in Episode 1 where he recalls a hilarious story about his first time smoking with hip-hop O.G. Snoop Dogg and the 2005 Grammy’s.

Jadakiss brags to his friends about how Snoop is a “top of the line smoker” and how “his lungs off top can tell him whatever he’s smoking,” during some shots between the “WW III” music video, they decide to test out this theory.

“My man gave me thing [joint], I light it and gave it to him. ‘[I ask] Snoop, what’s this?’ ‘That’s that Purple Haze nephew!’ Everybody started laughing.”

Jadakiss also talks about his craziest story which happened at the 2005 Grammys afterparty at a home where Prince happened to be performing. While attending the event he decides to roll one up, and he remembers how actress Penny Marshall walked up to him and asks to take a hit. “Me?! Laverne from Laverne & Shirley? Hell yeah!” the Jadakiss says.

Then, surprisingly other actor came up to him for a hit, too.