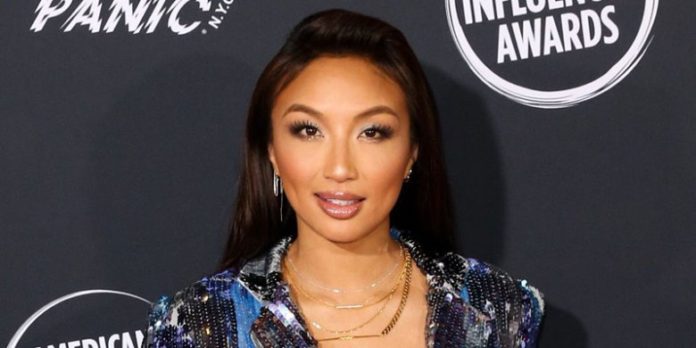 On Tuesday December 10, 2019, talk show host Jeannie Mai opened up about her prior experimenting with drug use and the lessons she learned as she transitioned into fame. During a sad conversation on “The Real” about the death of 21-year-old rapper, Juice WRLD, the ladies at the table had a discussion about why drugs are so glorified in the entertainment industry.

It was reported earlier this week that the young rapper suffered an unknown medical emergency shortly after landing at Chicago’s Midway International Airport and was later pronounced dead at a nearby hospital. After federal agents revealed they were searching his plane for contraband, sources are suggesting Juice WRLD took several Percocet pills to hide them from authorities, then leading to an emergency situation. After another entertainer’s life was taken too soon, the ladies brought up the question; “What can we learn from his death?”

Jeannie started off the conversation by responding “We can learn that death and addiction does not discriminate.” She continues by saying, “It’s not just that first high. Drugs give you a rush of dopamine that you naturally already get… but when you take a drug it replaces that level of dopamine and it increases you at such an unnatural level that you can’t replace it.” This was a good explanation as to why when you come down from these drugs it is a spiral of depression, anxiety and uncertainty. She then opened up about what even made her want to try drugs in the first place. In the simplest explanation she replied, “It replaced the joy that I didn’t have.” Between trouble with her family and moving out to live on her own at such a young age, she found drugs as a coping mechanism but also realized at an early age that this was not the path for her. The initial high was not enough to keep her satisfied and she was able to overcome the lifetime turmoil that comes with doing drugs.

A common stigma in hip-hop is that you have it all from the girls, to the dope car and all the drugs in between. These are the things that make you cool within the culture, but we are not talking about the reality. There is a serious problem with the culture we have created around drugs and how it is a necessary part of becoming famous. Mac Miller, Prince, Amy Winehouse, and Whitney Houston are just a few names out of the long list of entertainers who have accidentally overdosed on a form of drug that was abused. We have to keep the conversation going and be open and honest about the reality these lifestyles can lead you to. Big props to Jeannie Man for being so transparent with her experiences.