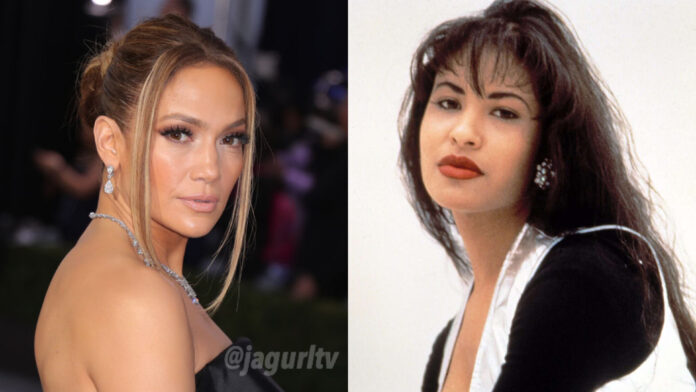 Just 25 years ago, the iconic biopic detailing the life, career, and tragic death of Mexican-American singer, Selena Quintanilla, made its debut. Grammy-nominated singer and actress Jennifer Lopez played the titular character which catapulted her career in 1997. Today, she celebrates the moment!

Lopez took to Instagram to express her love for Selena and her legacy. “This movie means so much to me…Selena and her family mean so much to me, and I was so lucky to be chosen to play her. I’ll never forget this time in my life and it’s an honor as an artist to have been part of the magic that is this movie.” With her post, she included pictures and videos of her in character as well as the late singer herself.

In a 1997 interview with Oprah Winfrey featured in the Instagram post, Lopez describes her experience getting into character. “I just absorbed as much as I could of her, tried to understand what made her happy, made her sad. The things that were important in her life, family, work”. Selena’s family played a major part in the film’s development and appeared on set. Lopez continues, “It was nerve-wracking, but having them there and having them care about the project was a beautiful thing for me and I feel enriched by even having been involved”.

At just 23 years old, Selena was fatally shot by then fan-club president Yolanda Saldívar in Corpus Christi, Texas. Since then the Quintanilla family, especially her father Abraham, have worked to keep the legacy of Selena alive. “When Selena passed away, I told my family that I was going to try to keep her memory alive through her music. And 25 years later I think, we as a family, accomplished that.”