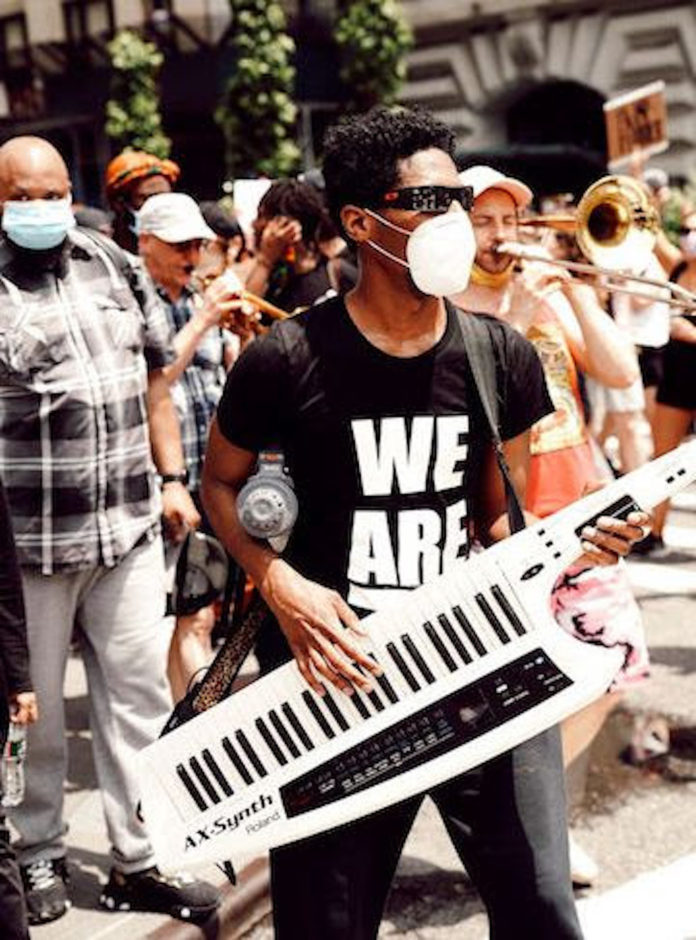 Grammy-nominated singer/songwriter, multi-instrumentalist, and producer, Jon Batiste, held “WE ARE: A REVIVAL” to on Friday, June 12 at 5PM. This protest style concert was held outside New York’s Barclays Center in Brooklyn.

This was organized as a celebration of Black lives through live music, dance, and organized march for justice. This performance was led by Batiste in conjunction with Sing For Hope, an organization offering messages of hope to veterans and community members alike through music. Batiste will be joined by band members and friends to collectively offer inspiration and hope to all. Attendees are encouraged to join in the demonstration.

The live performance follows WE ARE: THE PROTEST, a peaceful demonstration with Batiste and over 5,000 musicians, dancers, and marchers on Saturday, June 6. The march included a New Orleans-influenced second line throughout New York City, beginning with a powerful speech from Batiste in Union Square, continuing to Washington Square Park and along 6th Ave to New York City’s Empire State Building. The protest was a direct call to action galvanizing all people to demand systematic change.

Batiste shared, “WE ARE is a movement in response to all that’s going on in the world today. We are the ones to change the world. We are the golden ones.”