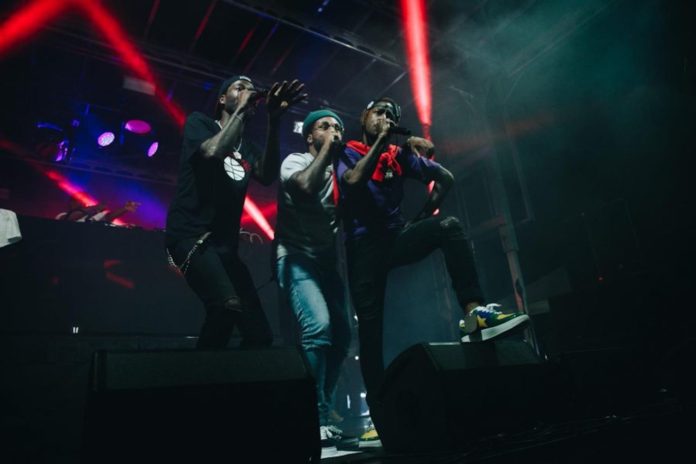 Hip-hop trio Travis Porter celebrated their 10th anniversary on June 13th in Atlanta, GA in full quarantine style. Back in 2019, Travis Porter and Roscoe Dash were talking about a big reunion tour that would bring us back to ur favorite hits of 2008. Instead of tour, the Travis Porter trio took their talents to the Bonfire Parking Lot due to the COVID-19 pandemic. After being locked down for months, fans were able to enjoy a live concert at a safe distance from the comfort of their cars.

Prior to the concert, the group sold out all of the pre-sale tickets. #TravisPorter was trending on Twitter for selling out general admission tickets in a couple hours, with VIP tickets not following far behind. General admission came with a price tag of $60 per concert goer.

The group performed some of their original hit songs like “Black Boy White Boy”, “All The Way Turnt Up”, Get Naked”, “Ayy Ladies” featuring Tyga, and more.

Due to safety requirements, concert goers were at least 6 feet apart. Lately many artists have been testing drive-through and parking lot concerts.

According to Hip Hop DX, Fans were able to purchase $15 tickets to participate in the “front row twerk section.” A cash prize was given away to the “lit-est” car in the section.

Throughout the night there were special guest appearances from Mykko Montana, J Money, and Skooly. 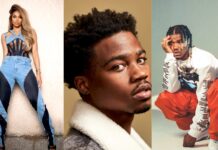