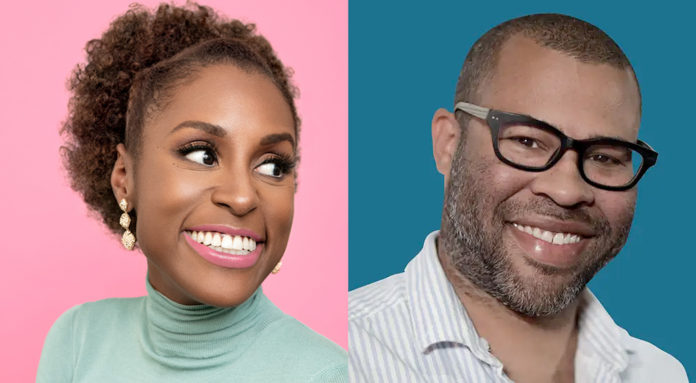 Two of the top black creators in the game right now are coming together for a new out of this world film.

Horror film producer, Jordan Peele, and actress, Issa Rae, are joining forces with Universal Studios to create a sci-fi experience called Sinkhole. A mystery drama film based on a Leyna Krow‘s short story about a young family that moves into its dream home, despite the gaping sinkhole in the backyard that fixes broken things. According to Deadline, the movie as a “thought-provoking genre movie that engages with questions of female perfection and identity.”

The seven-figure deal with Universal outbid the 10 other studios that were interested in picking up the project. Issa Rae Productions will work alongside Universal and Jordan Peele’s Monkeypaw company.

Sinkhole will accompany The Photograph and The Lovebirds, as part of the growing list of Issa Rae’s lead movie roles.

Jordan Peele’s captivating way of story telling has build a reputation in the film community. Sinkhole started off as a short story but will be quickly transformed into a cinematic master piece. Peele has also been working non-stop with the production of Candyman, which is set to release October 2020.

Due to coronavirus, there is currently no set date for when the project will begin filming.