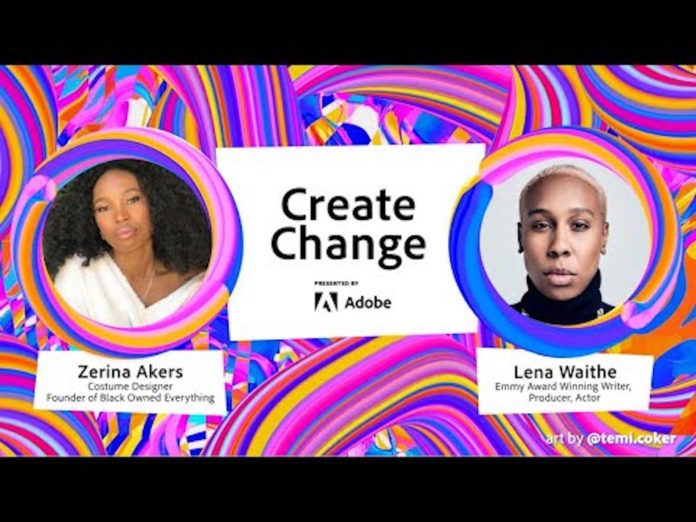 Create change is a digital platform that aims to bring diverse creators together from a spectrum of disciplines to share how they’re using creativity to feel empowered, inspired, and make an impact through their work.

In the debut episode, Lena and Zerina come together for a virtual yet intimate conversation around how COVID/quarantining has affected their creative process, Zerina’s work on Beyonce’s Black Is King, Lena’s mentorship in the future of black creators, and the importance of Black creators using their voice to inspire change. Lena says:

“As black artists, especially now, we have to do what feel rights for us and let the people do what they do. We can’t be concerned of how people will receive it because that’s not what it’s about. It’s about doing something that feels honest and real because sometimes everyone is not ready for that honest and realness.”

In the future we can also expect other familiar faces like Yara Shahidi (actress, producer and change agent), Destinee Ross-Sutton (art curator, advisor and artist advocate), and Cleo Wade (poet and author).

Additionally Lena and Zerina dive into black representation in the fashion industry and the reason why Zernia started Black Owned Everything, saying she wanted to shift the energy of calling out/canceling brands for not having diverse representation and put that energy into promoting black owned brands, which goes a lot further.