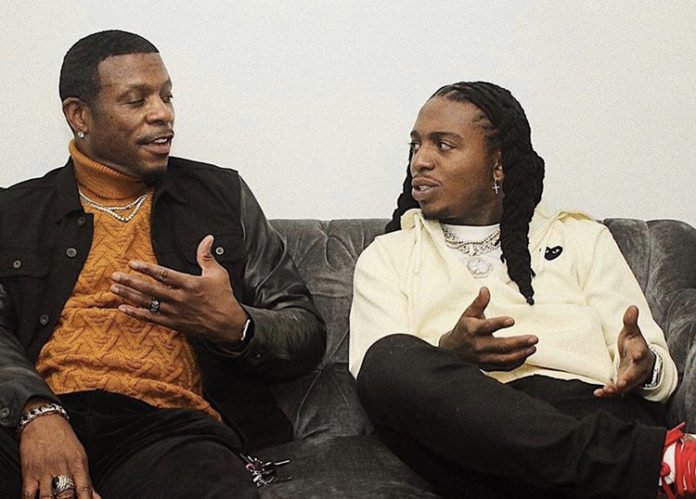 SiriusXM and Pandora had an exclusive playback session with R&B artist Jacquees on Monday, November 5th, 2019 in Atlanta Ga. According to Joshua “J1” Raiford, the head of Hip Hop for Pandora, this was their first live performance playback that they put together in their Midtown location. “They (Pandora) usually don’t do stuff like this in Atlanta, but we bringing it to Atlanta because Atlanta is where the culture is at.” stated J1.

J1 later went on to introduce someone who no one was expecting to see, and that was Keith Sweat. Back in December 2018 Keith Sweat and Jacquees got into a little debated about if Jacquees was the “King of R&B” for this generation. This debate shock the entertainment world as people went to social media to debate who they felt was the real king of R&B.

Fast forward almost one year later, the two have put their differences aside and are now closer then they were before. Keith said during his unexpected introduction speech, “Me and this young man met about a year ago in an awkward situation, but it was fly because he brought the R&B game or the R&B ‘King’ thing up for everyone to have a conversation about it; and I thank him for that.”

Keith Sweat went on to say Jacquees is coming with a whole lot of hits, and call him “the King of R&B”. Jacquees new album “The King of R&B” will be released this Friday, November 8th, 2019 on all streaming platforms.