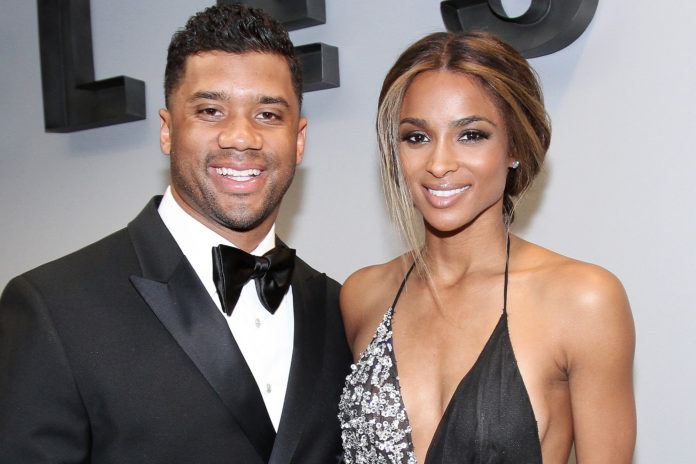 Ciara and Russell Wilson celebrated their 3-year wedding anniversary this past July. After giving birth to her second child, Sienna Princess Wilson, Ciara has made it clear that her husband, Russell Wilson, wants more kids. In an interview with ExtraTV, Ciara confirmed that not only does Russell want more kids, he wants 8. “If you ask him, we’re talking 8 babies, but if you ask me, I’m just like, well you know he’s going to basically do something you’ve never seen before where he’s actually carrying the rest of those babies.” Ciara joked. “Its not joke carrying baby, but time, whatever happens in time, we will just go one day at a time.”

Sounds like we can be expecting some more children coming from the two; but for now their schedule is filled. Ciara and Russell are co-owners of the Seattle Sounders, and recently launched a new TV and film digital marketing company.

Catch out the full interview below!