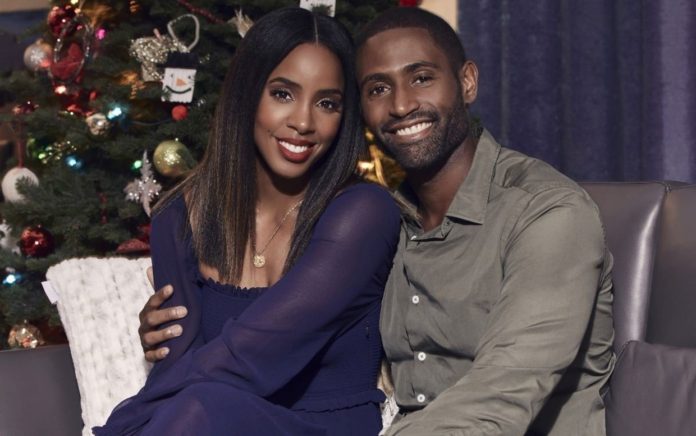 Singer, actress and now producer Kelly Rowland stopped by ESSENCE’s podcast “Yes, Girl!” to share her real life story that inspired her new movie. The movie is titled “Merry Liddle Christmas” and gives us a little insight on Kelly Rowland’s holiday disaster. The movie is written and produced by Kelly Rowland and her husband Tim Weatherspoon premiered on Lifetime November 30, 2019 just in time for the holiday season.

“Yes it is inspired by a true story. We had the family in town two years ago in our new home.” Kelly states during her interview. She continues to explain that her and her husband, Tim Weatherspoon, debate back in forth if they should allow that family to come this Christmas or wait until next year. Eventually Kelly gets her way and opens the doors to their new home for their family to come in and create memories. “They come in and one catastrophe at a time happens and as I am explaining it to a friend of mine she’s like, girl you NEED to make this a movie!” Kelly explains.

The movie stars Kelly Rowland, Bresha Webb, Debbi Morgan, Chris Shields, Thomas Cadrot and many other great additions to the cast. “I’m so happy as women we’re able to push each other into opportunities so I’m really grateful.” Kelly says when describing how the movie came to the light. After a conversation with Tanya Lopez over at Lifetime is was a no brained that this movie was going to be created which took Kelly off guard. Kelly also says she dropped a new song for the movie titled “Love You More at Christmas Time” which reminds us that Kelly is not only an actress but an incredible vocalist.

When asked what it was like working with her husband, Kelly was honest in her response. “It was fun, the challenging part was just when we didn’t agree on something. Sometimes we agree to disagree and sometimes we agreed and those were nice moments too. So yeah you know the usual.”

Between being a wife, mother, producer, and always staying busy with new projects it’s safe to say Kelly stays booked and busy. To keep herself level headed during overwhelming times she repeats the mantra “We make time for the things we want to make time for.” This helps remind her that she is blessed in what she is doing because she loves what she does. “These things I am making time for right now they really require my energy, my attention, but I am still learning balance.” Kelly explained.

We can definitely see the passion and the hard work that was put behind this movie and it is a must see for the family this holiday season.