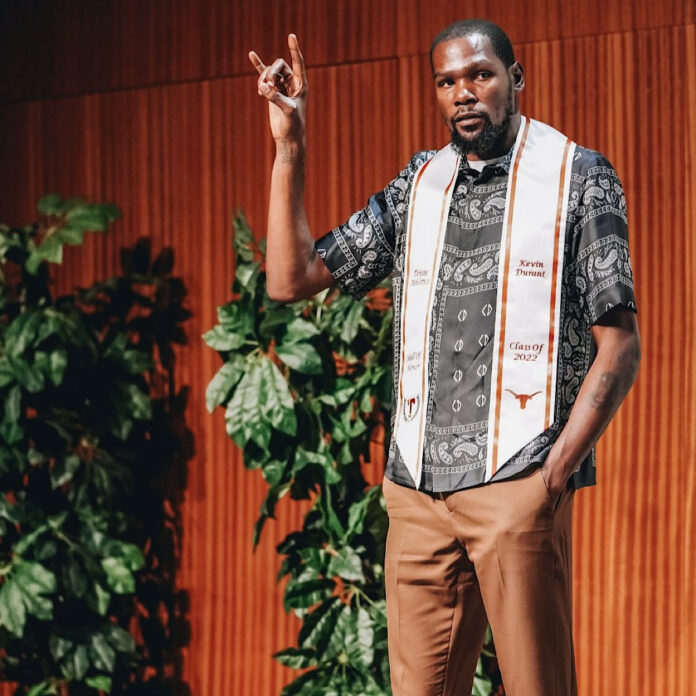 On September 16, Kevin Durant was inducted to the University of Texas Hall of Honor. Durant’s alma mater gave him this honor to celebrate his growth as a player. From his college days playing a forward at UT’s Erwin Event Center to his current status as as prominent athlete on the Brooklyn Nets.

A couple of months ago, it was announced that the University of Texas would induct Durant to their Hall of Honor. A ceremony took place on the campus, with KD in attendance. Watch a behind the scenes look of the ceremony below:

The ceremony started with KD receiving his honorary sash. He then reconnect and took pictures with former colleagues and friends who attended the event. They reminisced by looking at his old gear and he even signed his former playing shoes. He then walked to the stage to accept his award and engage in a panel.

KD played only one season as a Texas Longhorn but averaged 25.8 points, 11.1 rebounds, and 1.3 assists per game. He was the 2006-07 AP Player of the Year as it was an established consensus he is one of the best players the institution has ever seen. This short but incredible stint with the team earned him this honor, and his jersey was also retired by the basketball team. KD joined an incoming class of 13 former University of Texas athletes.